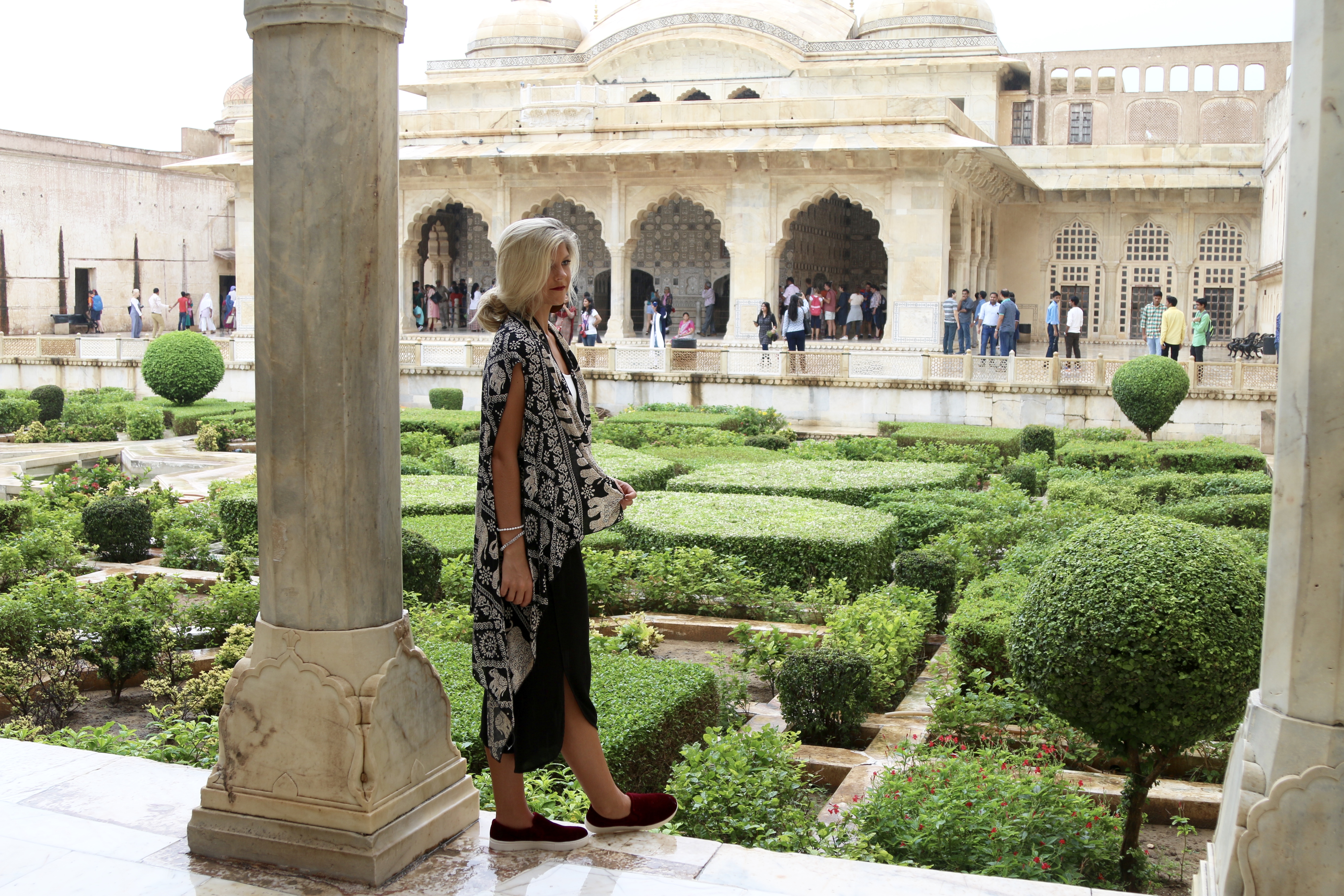 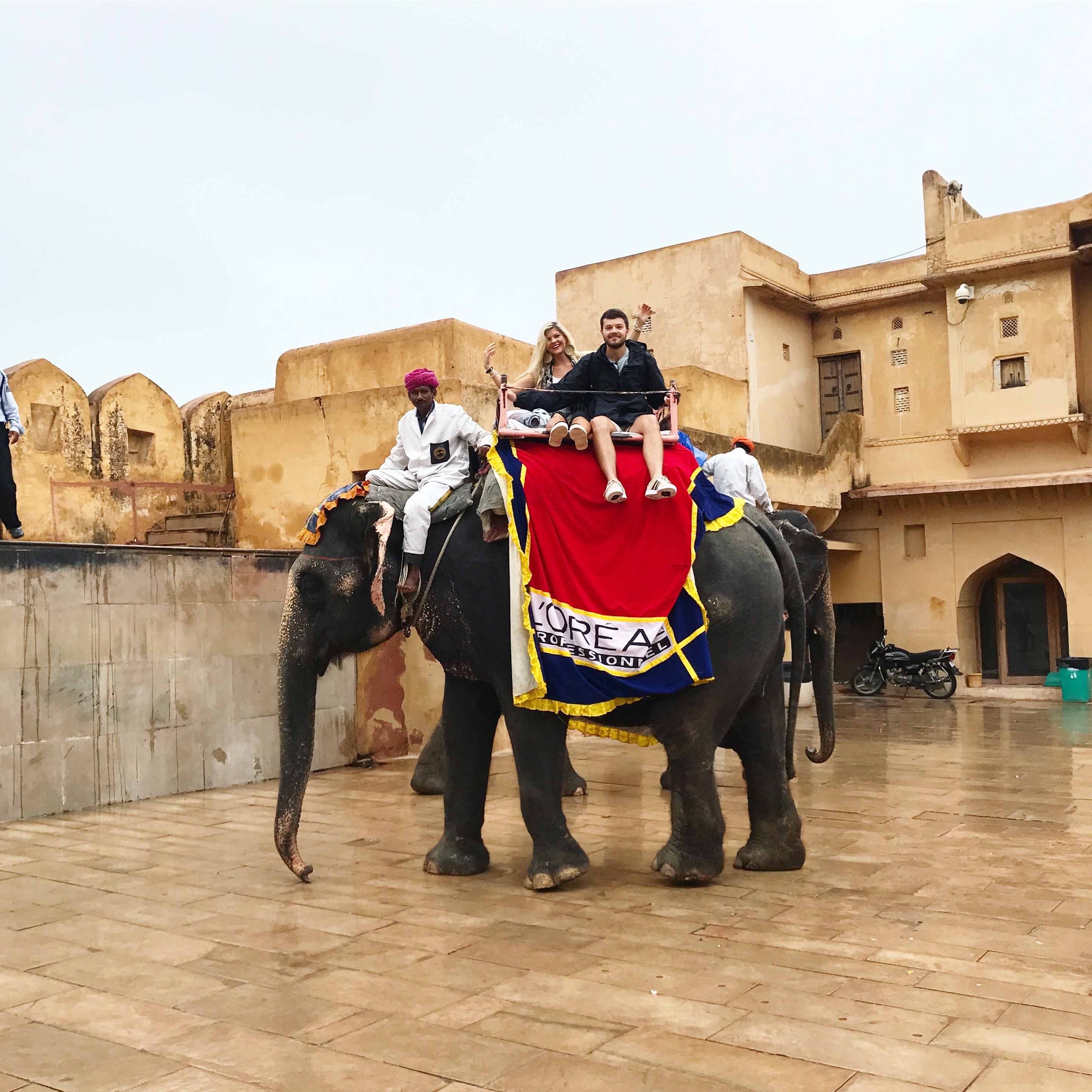 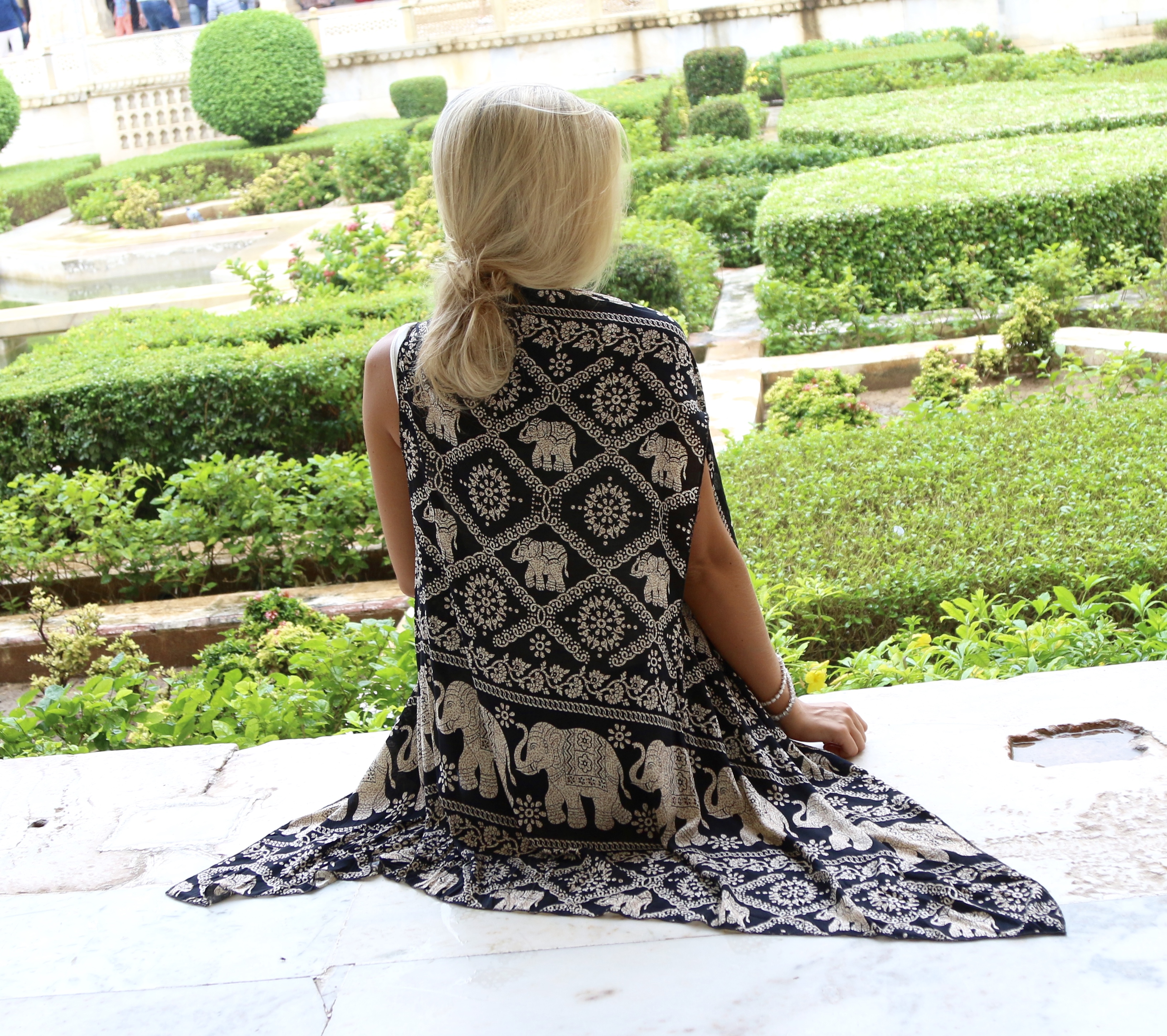 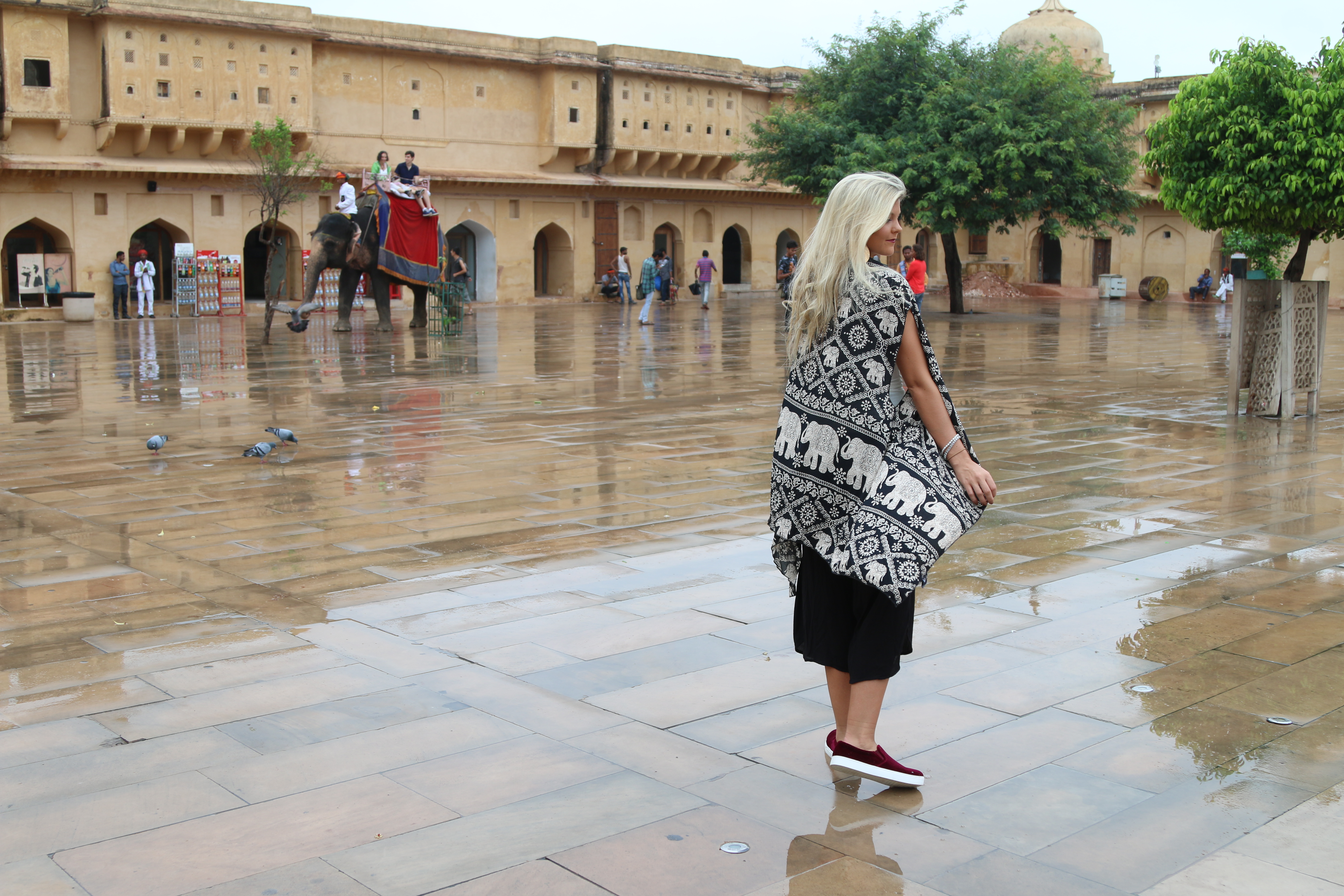 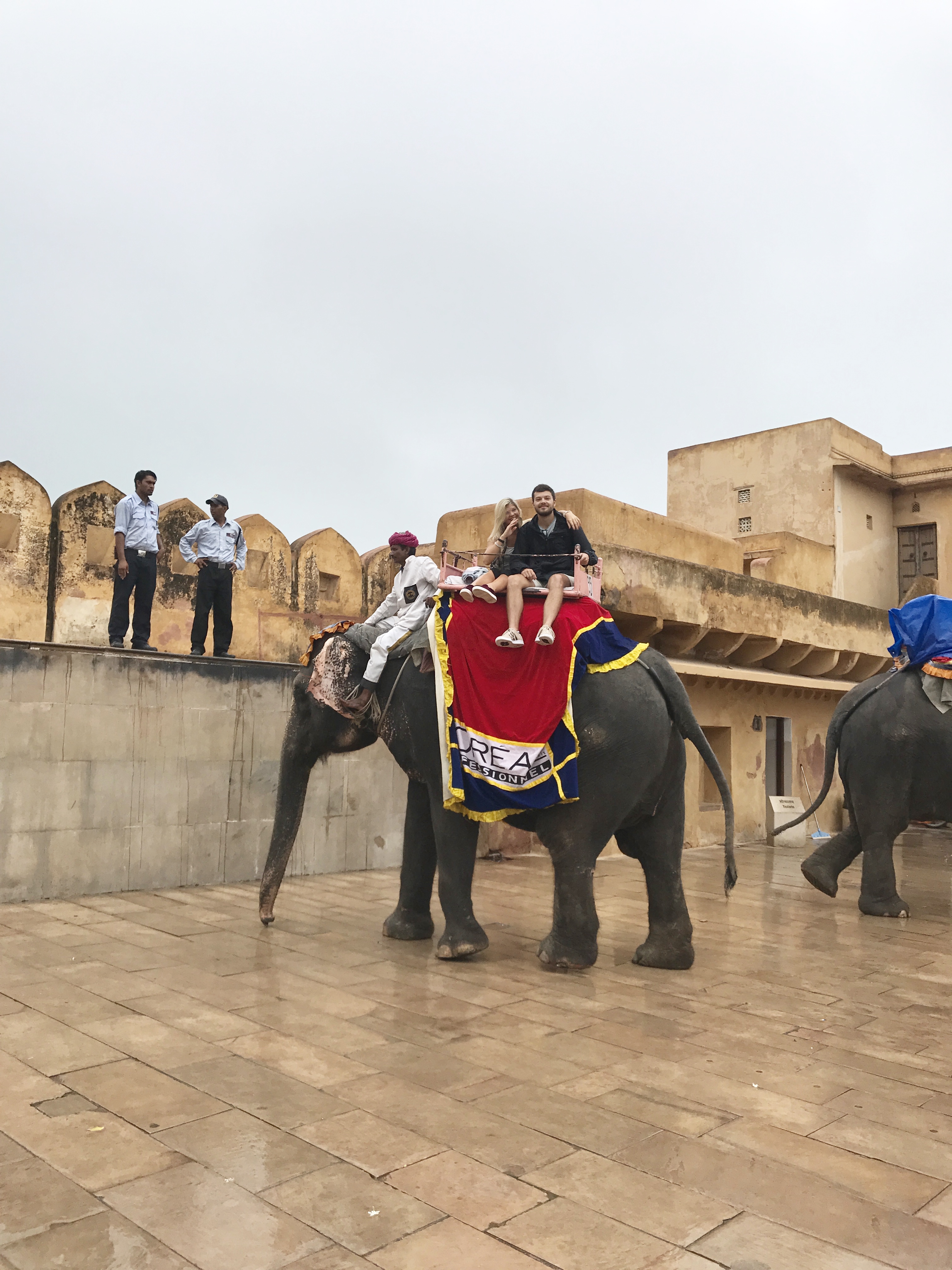 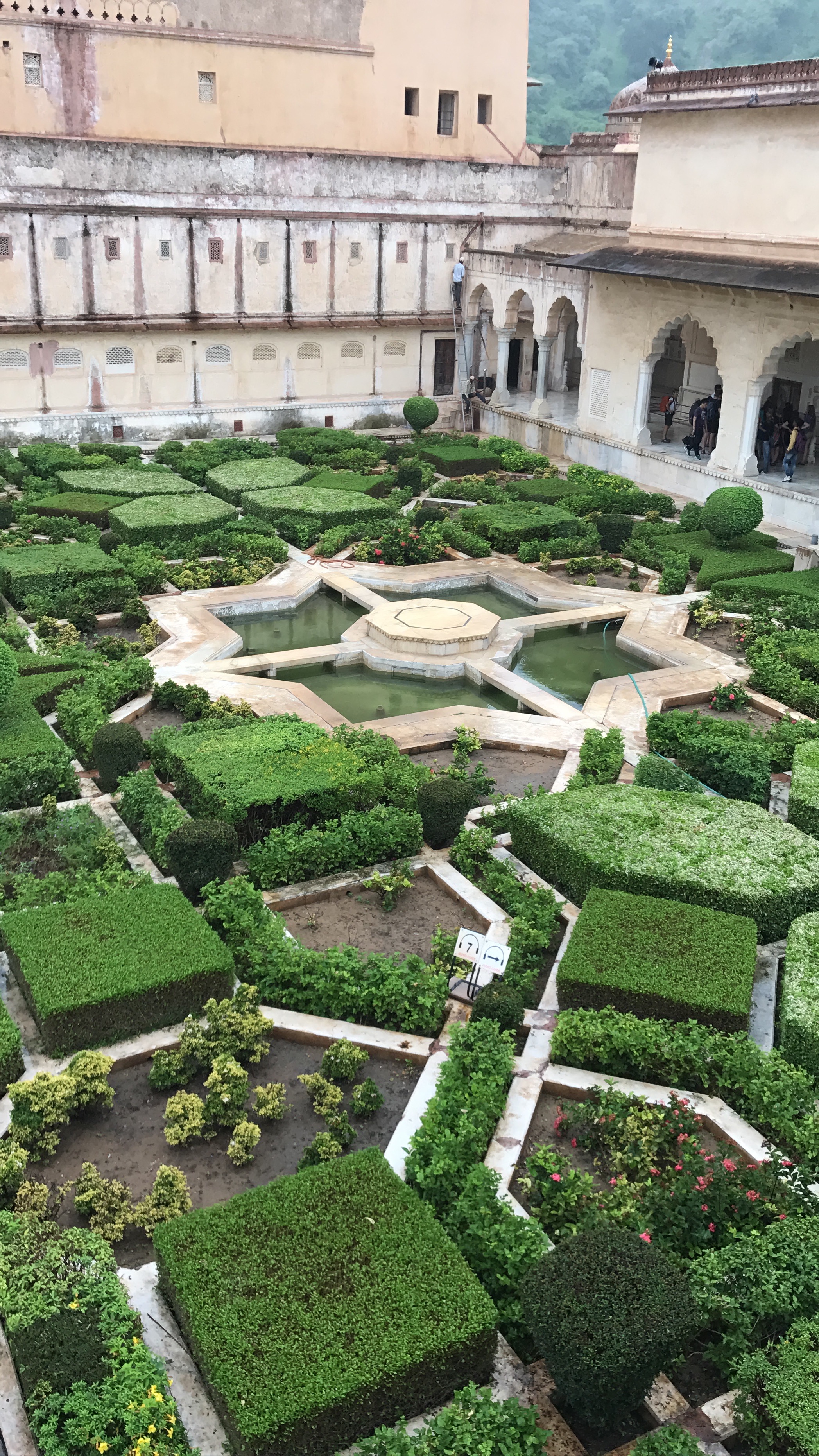 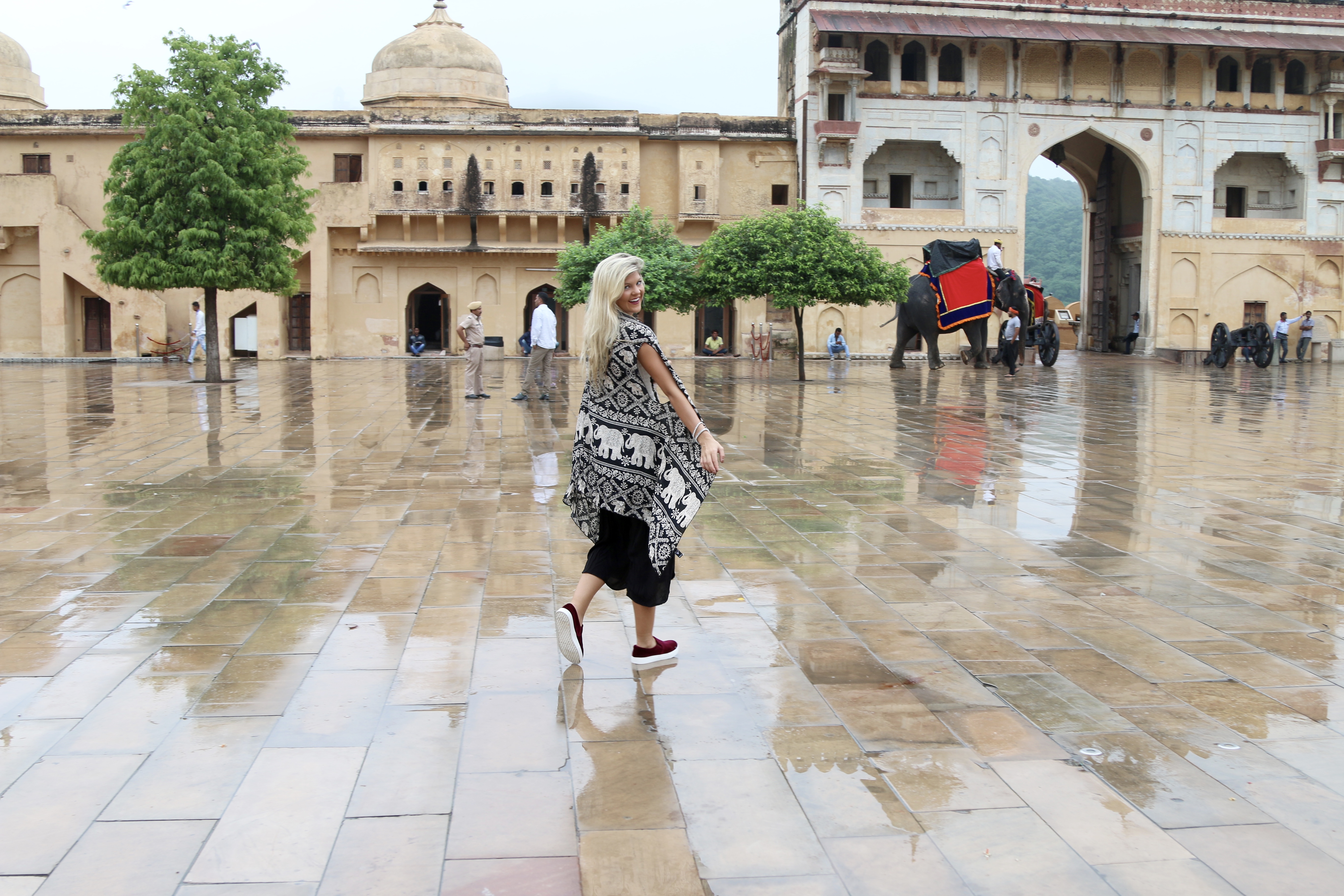 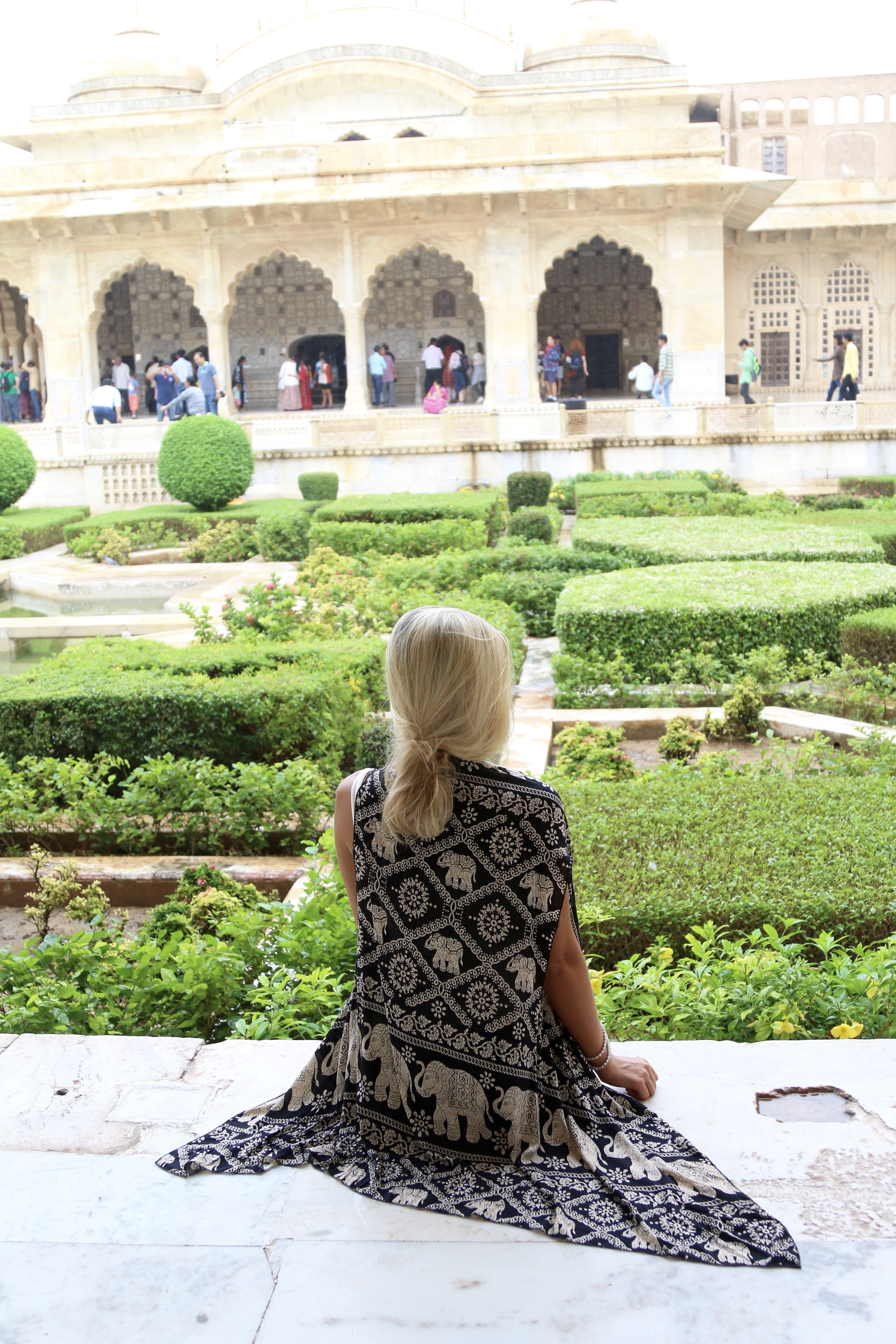 Never in a million years did I think I would take a ride on an elephant. When the opportunity presented itself, I said, “of course!” But like I said in yesterday’s post, I was a bit saddened by the life these animals live. Up and down, back and forth, is all they really experience. They are prisoners of the Amber Fort transportation.  I recently read a book by Jodi Picot called, “Leaving Time.” The fictional story was centered around individuals who run an elephant sanctuary. The factual context of the book was based off the studies of elephants and their emotions. After I finished the novel I saw elephants in a whole different world. Exactly opposite of what was taking place at Amber Fort.   Poor elephants is all I can think after riding one.

When we reached the top of Amber Fort we spent all morning there. We explored the palace halls, rooms, and balconys.  Parts of the palace overlooked Jaipur.  The views and scenery were absolutely breathtaking. There was one specific garden that I couldn’t stop looking at. I turned to C and said, “oh to have a garden like that back in KY.” Take my word for it, the picture doesn’t do it justice. It’s a 100 times more beautiful in person.

You’re also going to notice in these pics and all the ones to come the storm clouds that loom overhead. It’s rained here every single day. Apparently it’s monsoon season and this was expected. Good thing we brought our umbrellas and rain jackets! I went and bought one the day we left. I wasn’t going to but clint literally made me. I’m silently thanking him now..  & speaking of rain, yesterday when we drove to Delhi the roads flooded unlike anything I’ve ever seen!! A couple of hours of rain and you couldn’t get through an intersection. We took some videos on the go pro and I’ll have to include some clips in the vlog. It was so intense it’s worth seeing!! (Can’t believe seeing an India flood made me realize how thankful we are to have a drainage system. Thank you Jesus for the American infrastructure).

Stay tuned for lots more travel blog posts! & thank you all for following along!