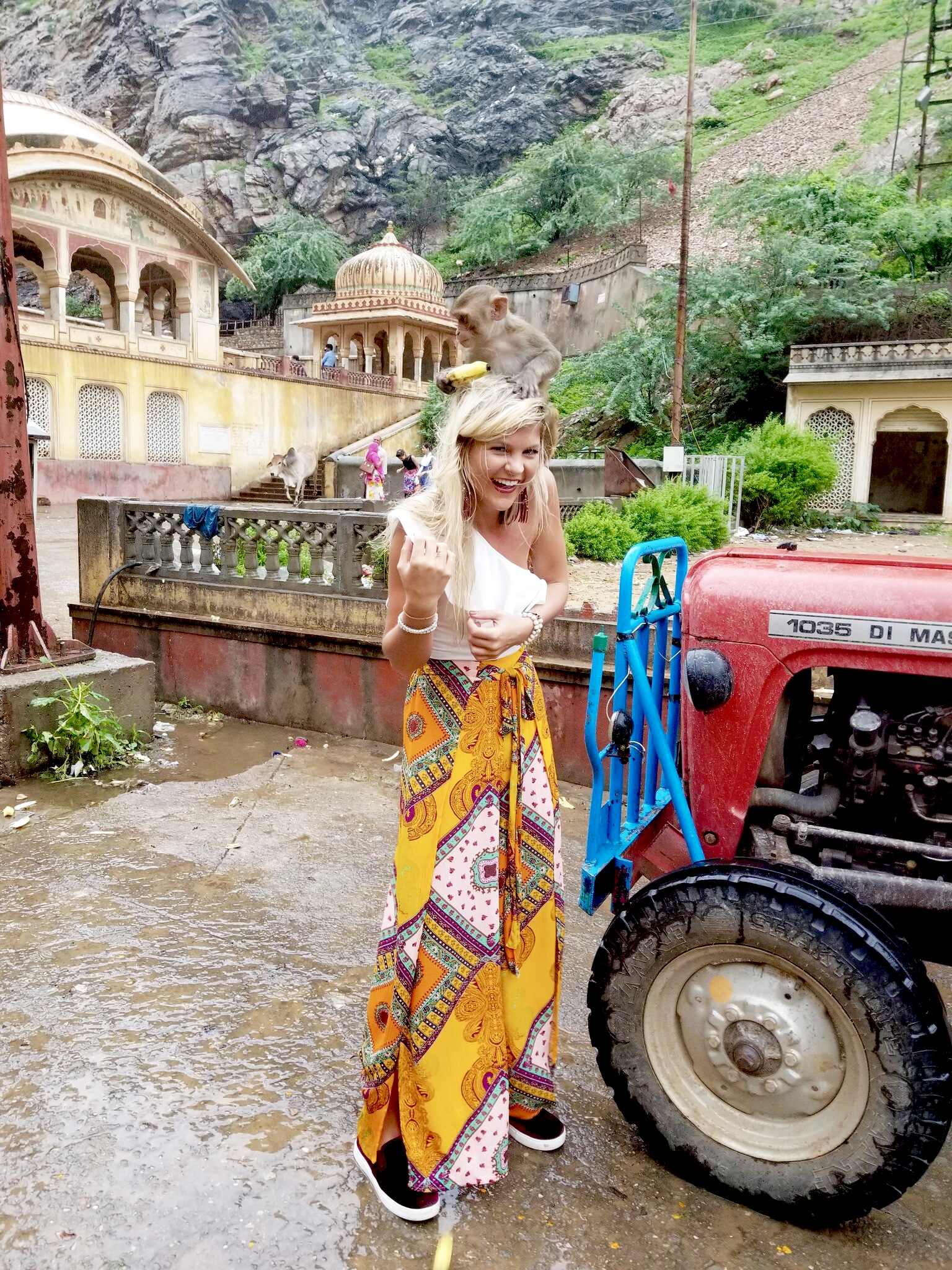 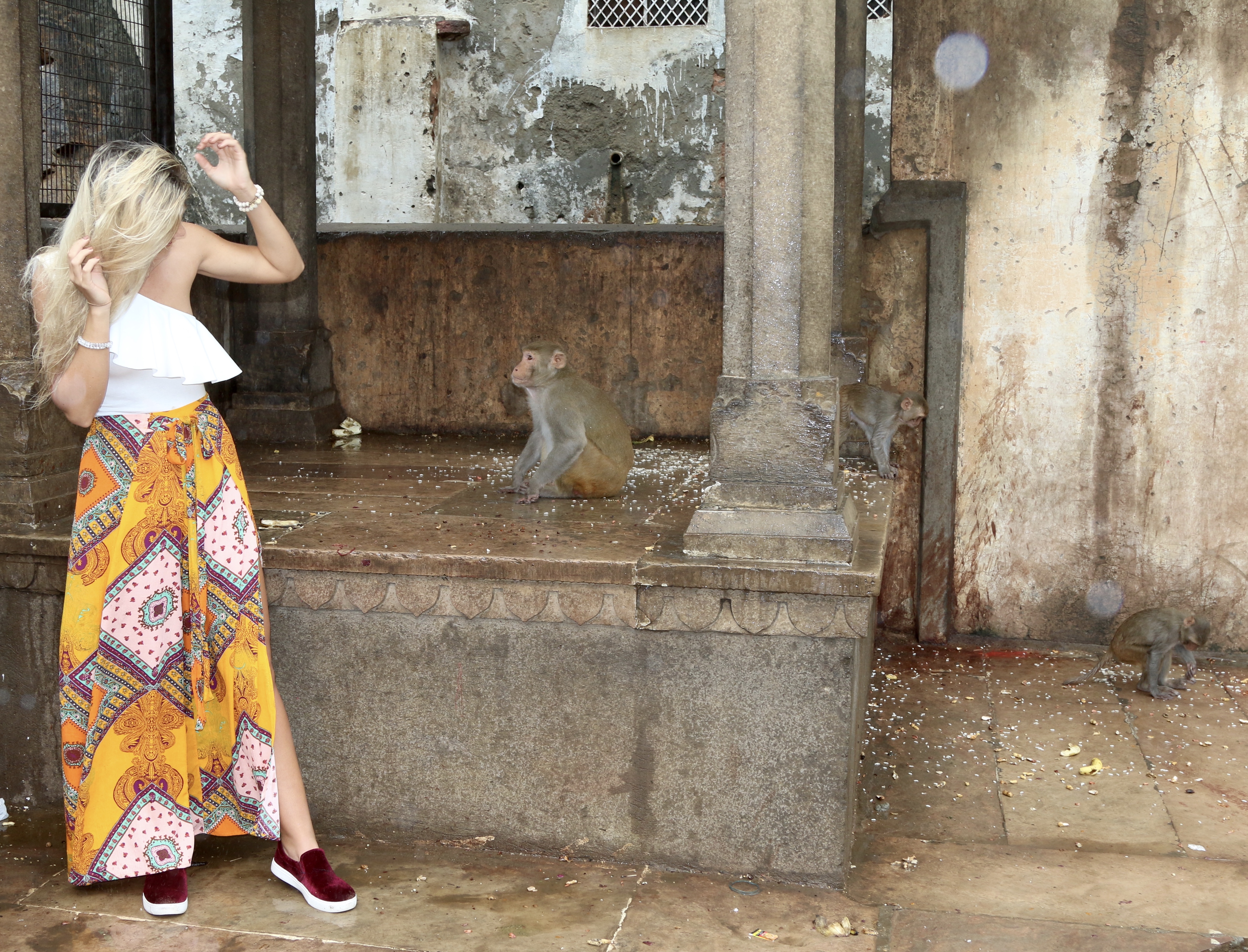 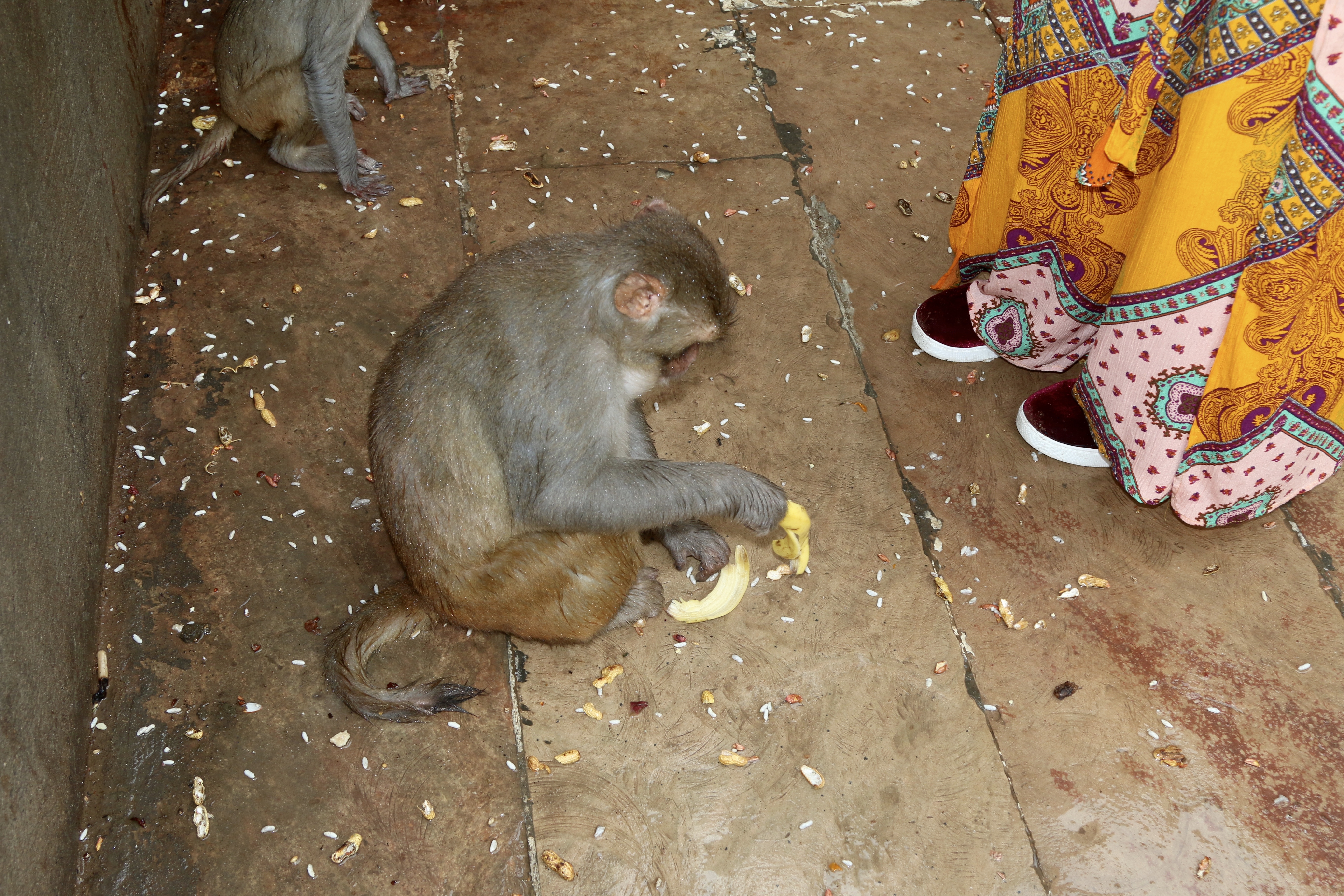 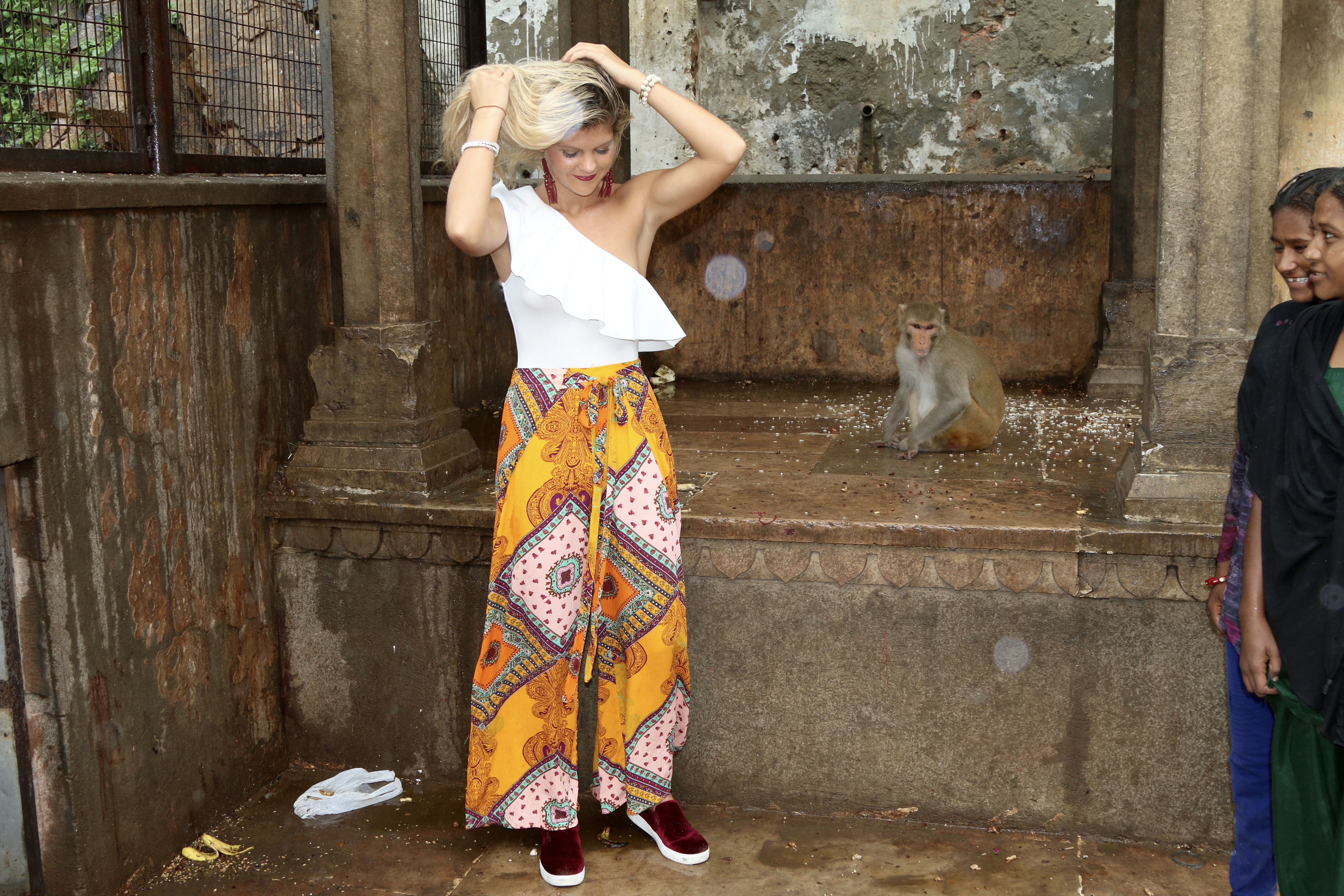 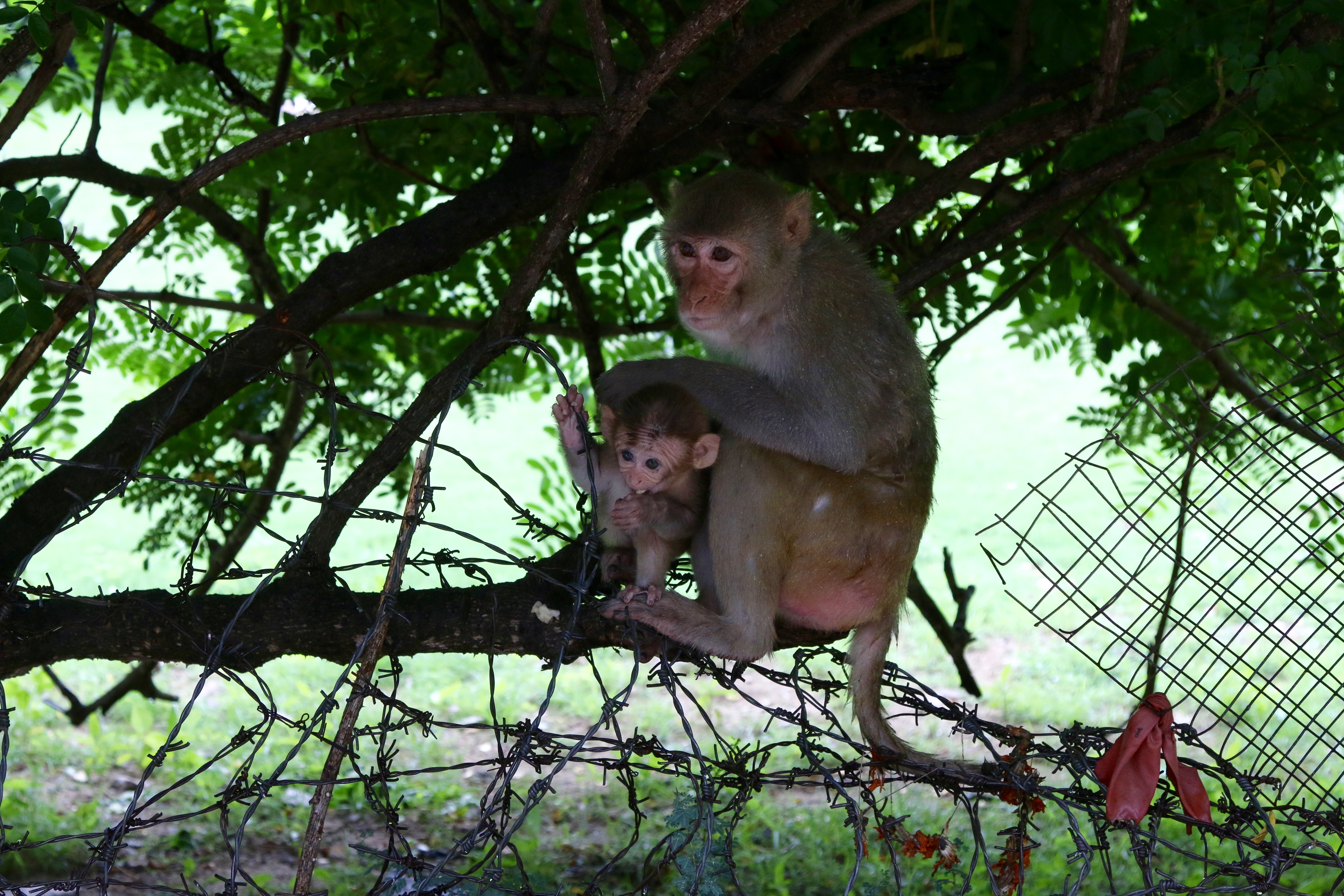 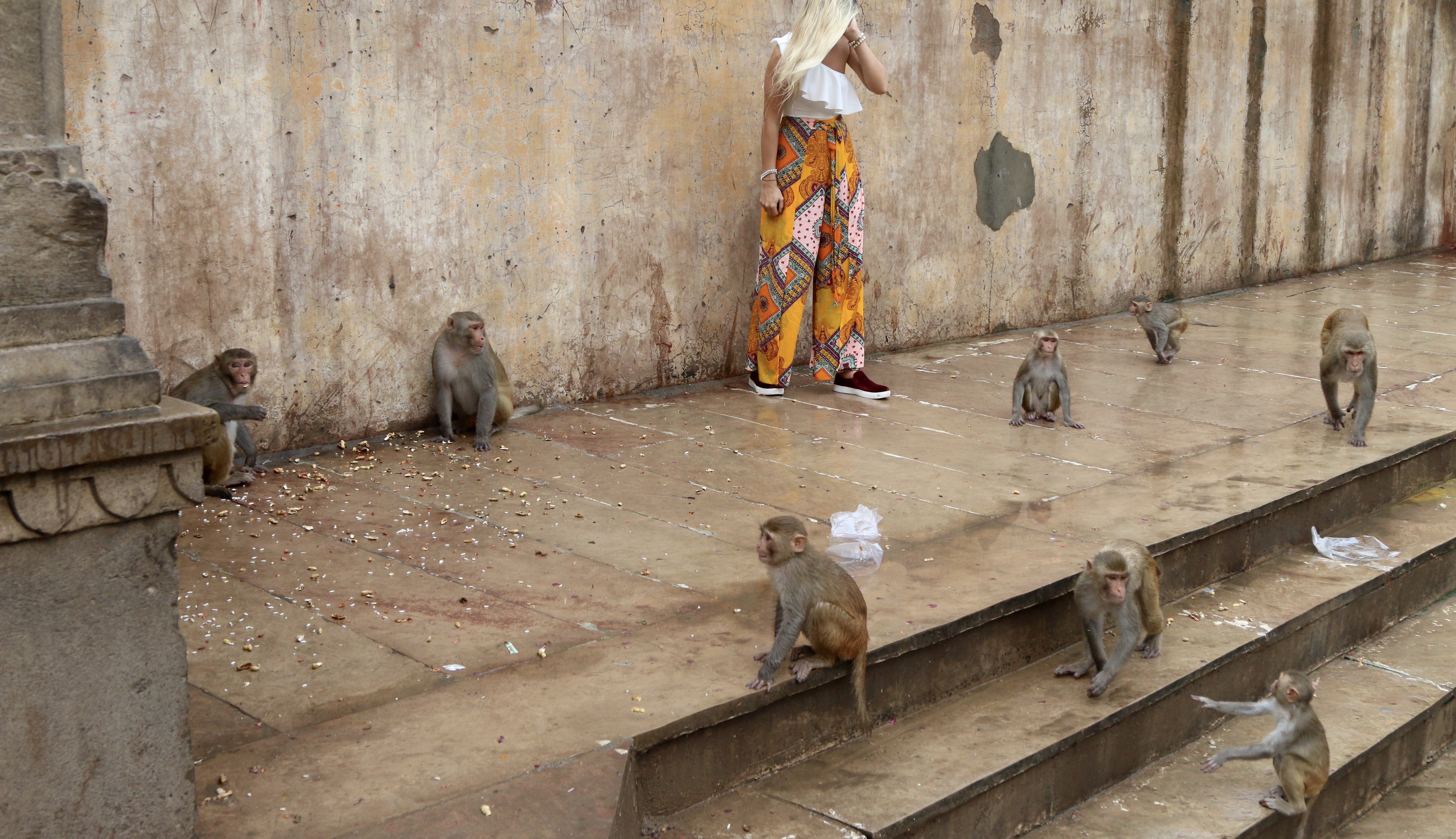 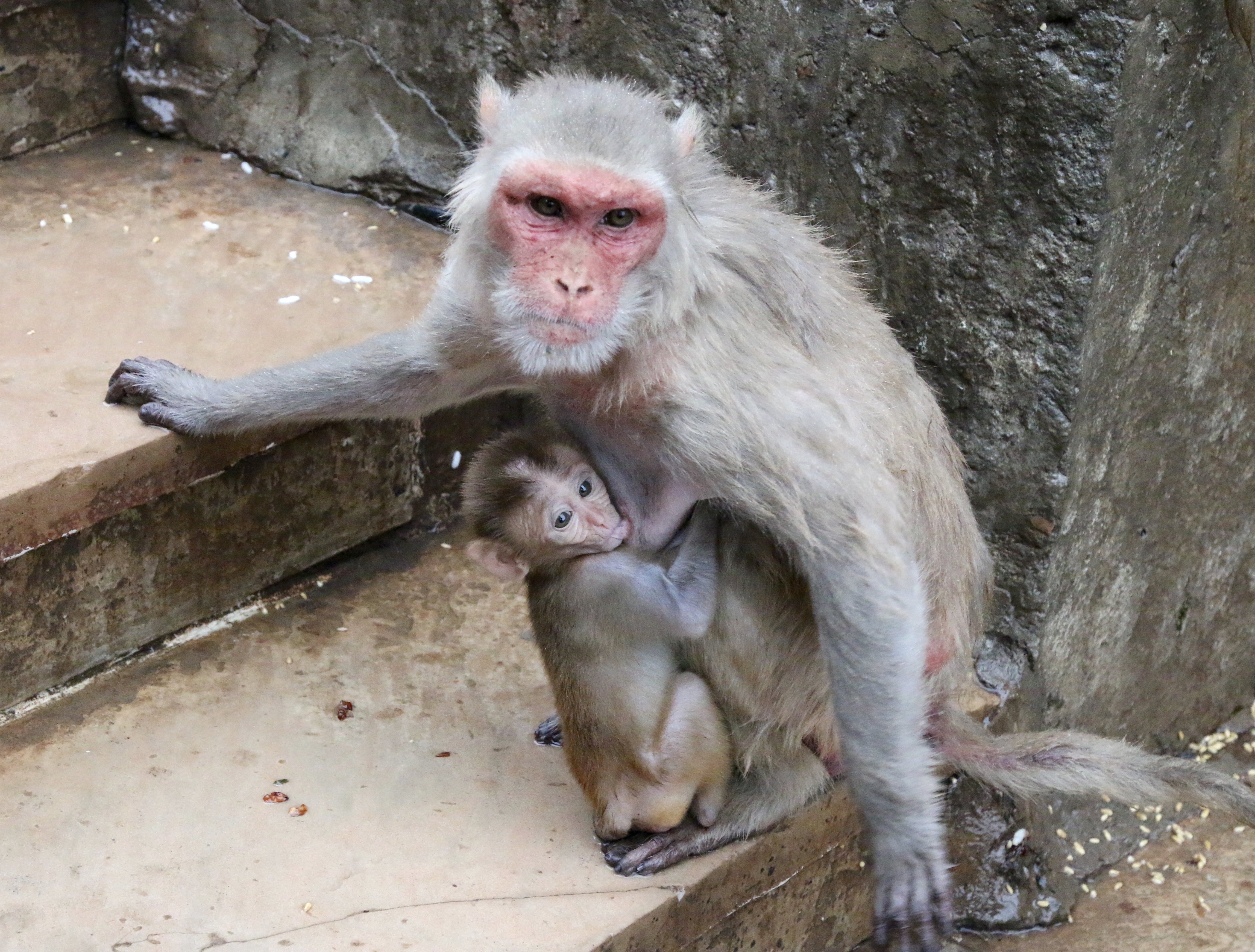 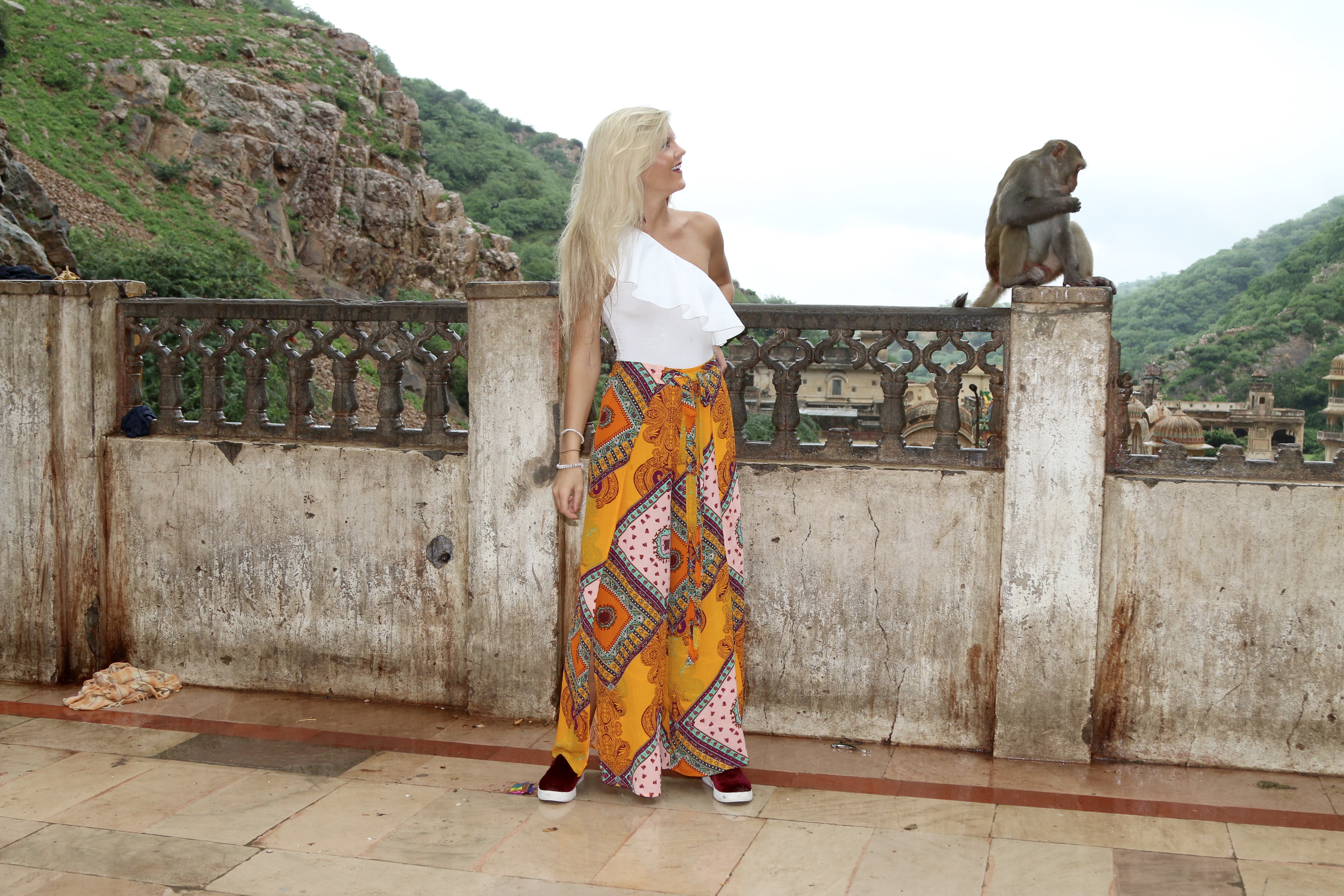 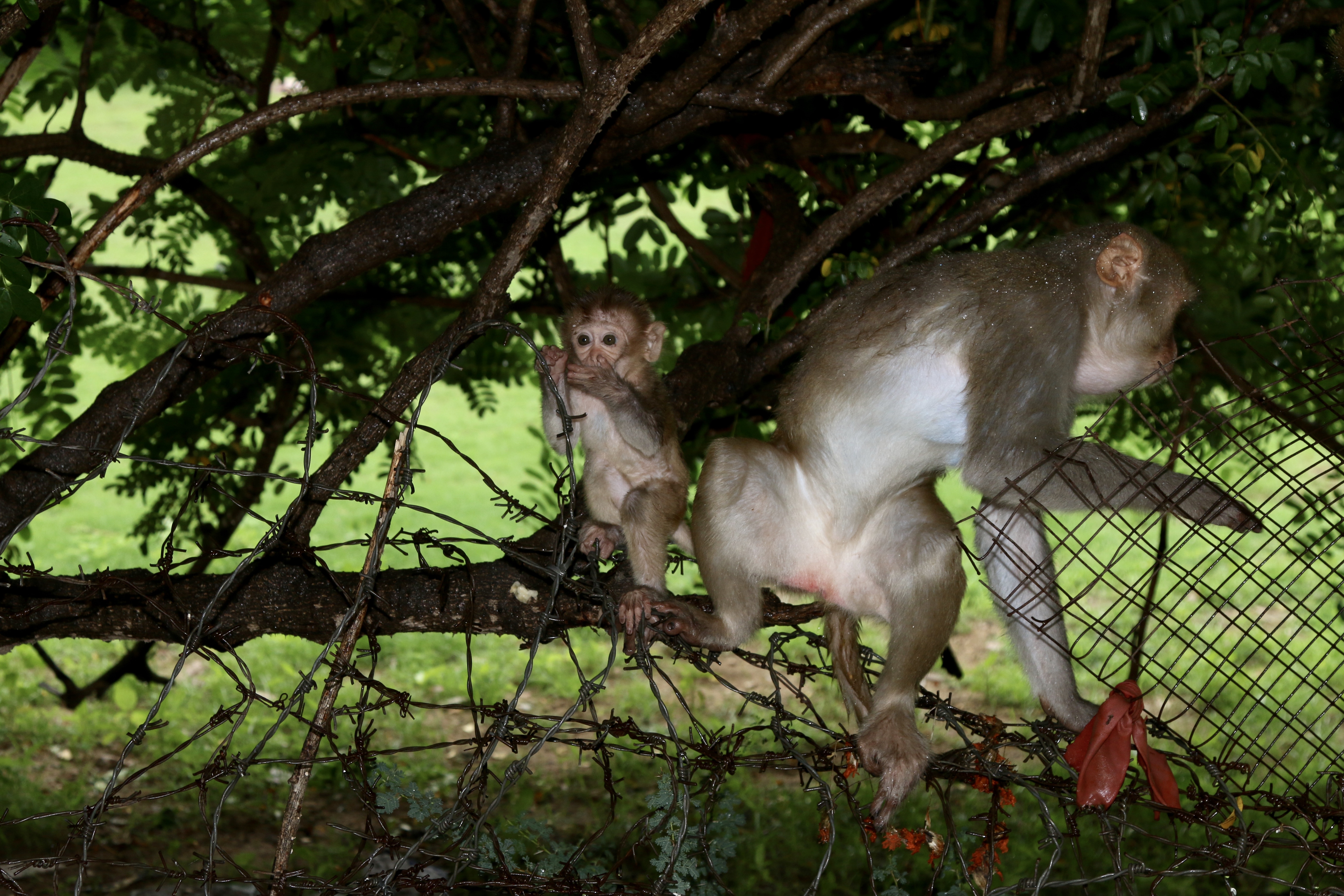 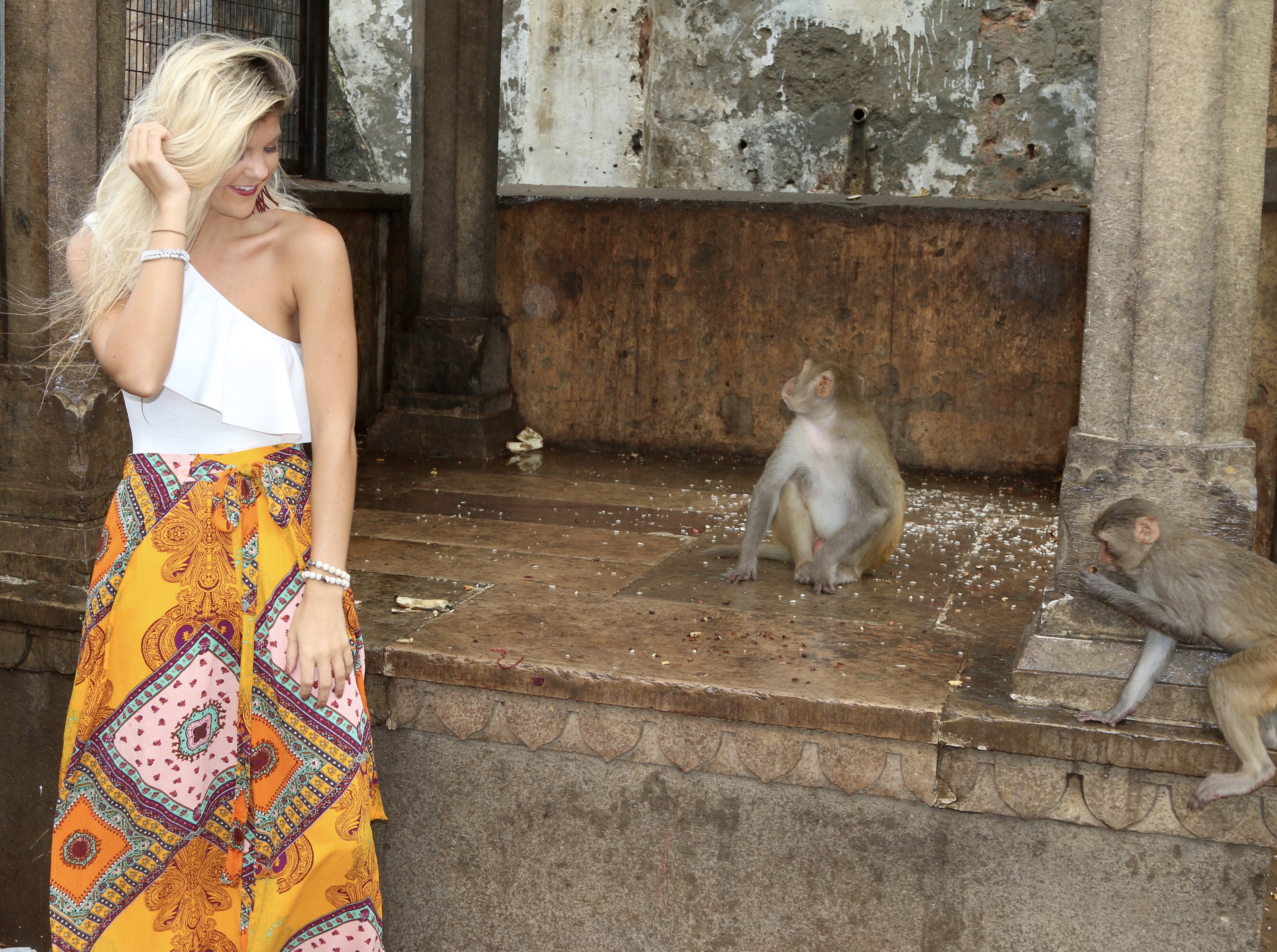 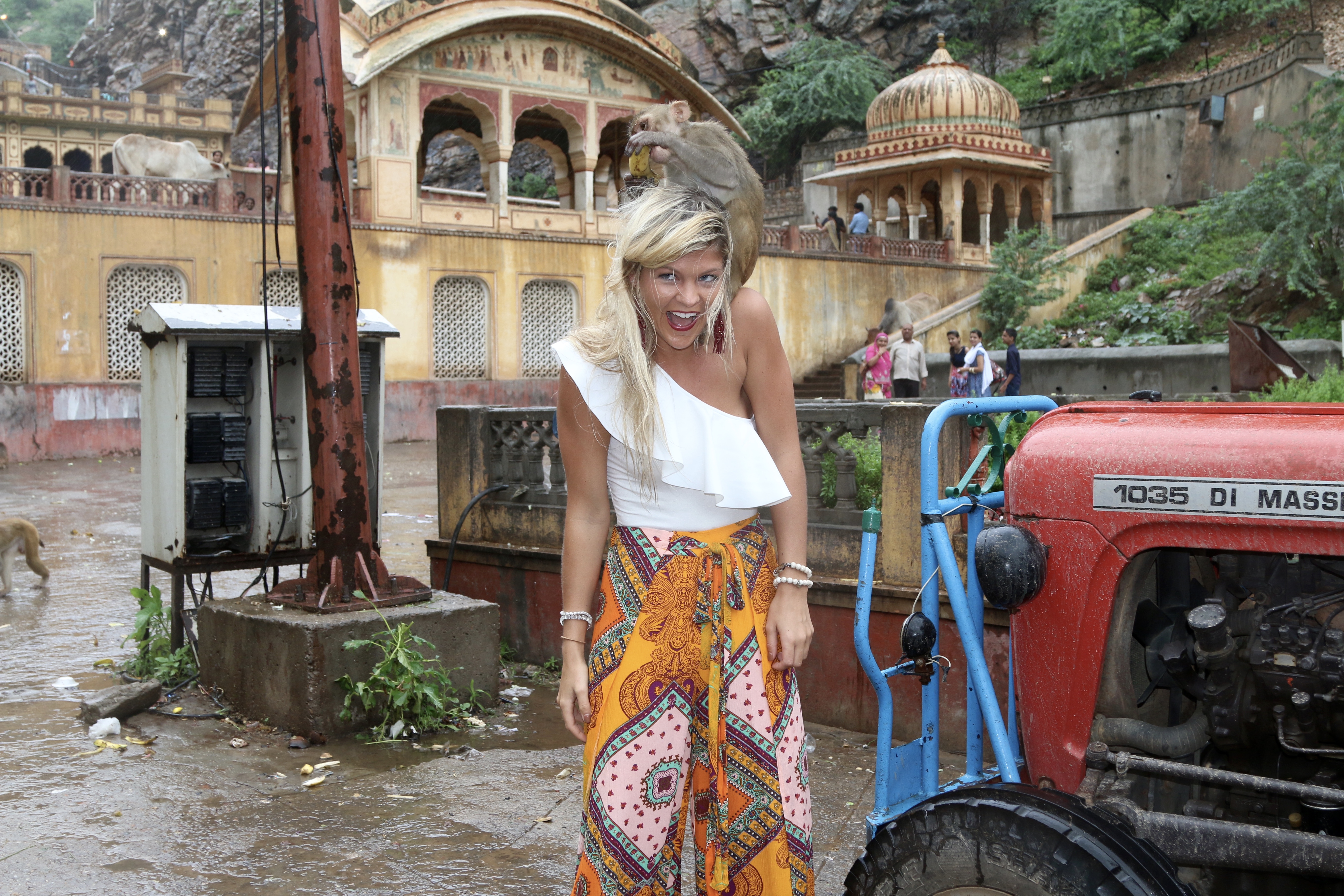 Pants |  One Shoulder Bodysuit | Shoes (I promise I planned on sandals then it started raining..) | Earrings

Ask me what my favorite animal was as a kid! Go ahead, do it! Ask my parents what I begged and begged for all my life!? Go ahead, ask! Ask my friends what they would get me for my birthday or what my 15th birthday theme was!? Yeah, I give you permission to ask.

Judging by these pics though, you probably already know. A monkey.. 5 monkeys, 10 monkeys.. just some type of monkey. And no, not a stuffed animal one. I wanted a living, breathing one! Once, I did a project on Orangutans and after that I was hooked. In my mind I came up with this grand scheme of how I could put one in our basement and turn the room into a jungle. I was really just trying to convince my parents to give in and get me one. They probably knew what I was asking was out of the question and I was a bit crazy. But hey, that didn’t stop me. I kept on and on.

Moral of the story, I’ve been obsessed with these animals from a young age. And when I saw that this tour took you to visit The Monkey Temple it was all I could look forward to. I was pretty bummed when it started pouring down as soon as we got there but we managed to make the best of it. Noticing by the pictures you can probably tell my hair was a hot mess! It was soaking wet and going everywhere. In some of the pictures you can even see the rain drops on the camera lens. Makes for good memories though.

We waited under cover for about 45 minutes until it stopped. The monkeys aren’t fond of the rain so they were hiding throughout the buildings. After playing the waiting game we headed up to the temple. It’s set up with 3 different levels and the monkeys roam everywhere throughout them. The first level was when we became acquainted by these animals. My pants kept blowing in the wind and one of the monkeys came after them. Maybe they thought it was a toy they could play with so they went running with it. (insert crying laughing emoji here) From this point on I jumped every time one came near me. You try having one chase your pants.

During the time I spent trying to keep my distance from them Clint was soaking up every moment he could get with them. We took a bag of bananas with us to feed them. The moment the monkeys spotted it they would attack you. Literally!!! Clint kept hiding it under his rain jacket and one tried to rip it off! Total savages is how I describe them! Bananas must be their true love (who can blame them though? bananas and peanut butter is my all time favorite meal).

After Clint had five monkeys on him at one time I figured I could try to handle feeding one. We found a secluded area and I attempted to get a banana out. By that time I had 8 set of monkey eyes on me and I got scared. I threw the banana down and took 10 frantic steps back… But I told them I was not leaving the monkey temple without having a monkey on my shoulders. It’s a once in a lifetime thing, right!? (You’ll notice I say that about almost every experience on this trip.) Right as we were leaving I said, “ok Torunn, suck it up.”

When we got to the first level I spotted a small monkey, went and stood by it, grabbed the banana, and let him come to me. I don’t remember much from the moment except that his feet felt like fuzzy rubber. I was terrified they were going to scratch me but their toes are similar to ours so that wasn’t the case at all.  While he was on my shoulder he peeled back the banana and chomped it up before any of his friends came. Within a total of 15 seconds I had a monkey, eating a banana, on my back, and it was pure joy. God thank you for these creatures, that experience, and for not letting my pants get ripped off me.

If you ever have the chance to go to the Monkey temple, go and don’t think twice! Watching these creatures interact, eat, and jump is unlike anything you will ever experience! Their mannerisms remind me of humans. You’ll be in awe and amazement! Definitely a Top 10 bucket list item for me!

Shop my look below or with the links above