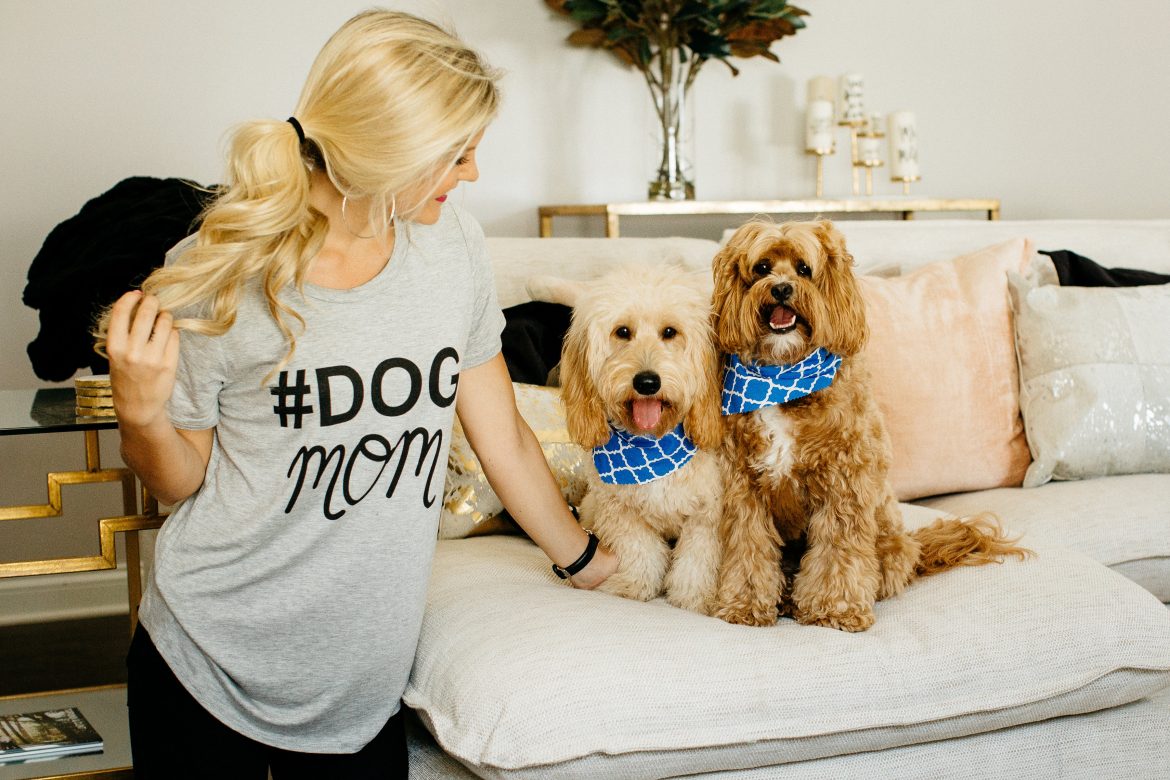 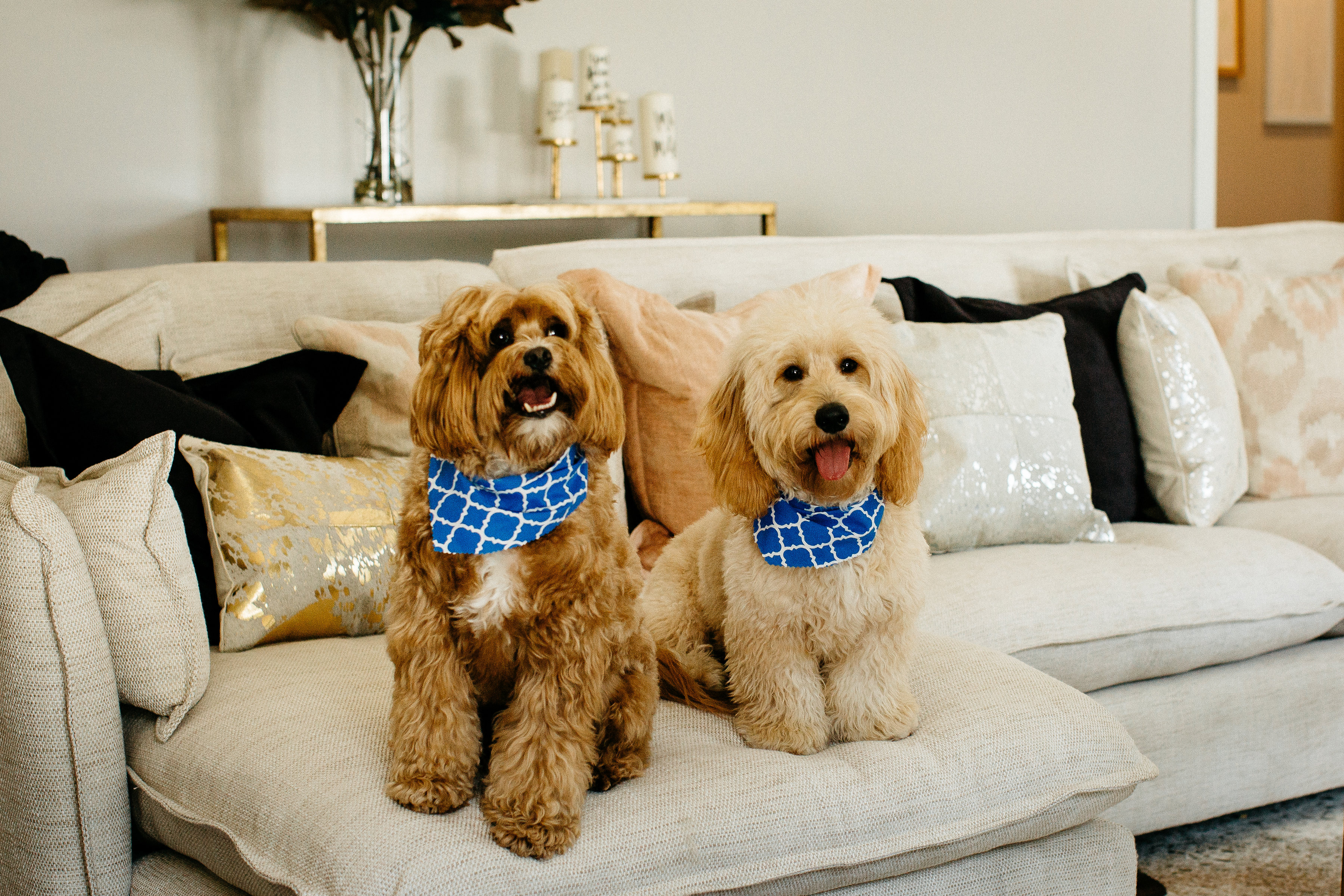 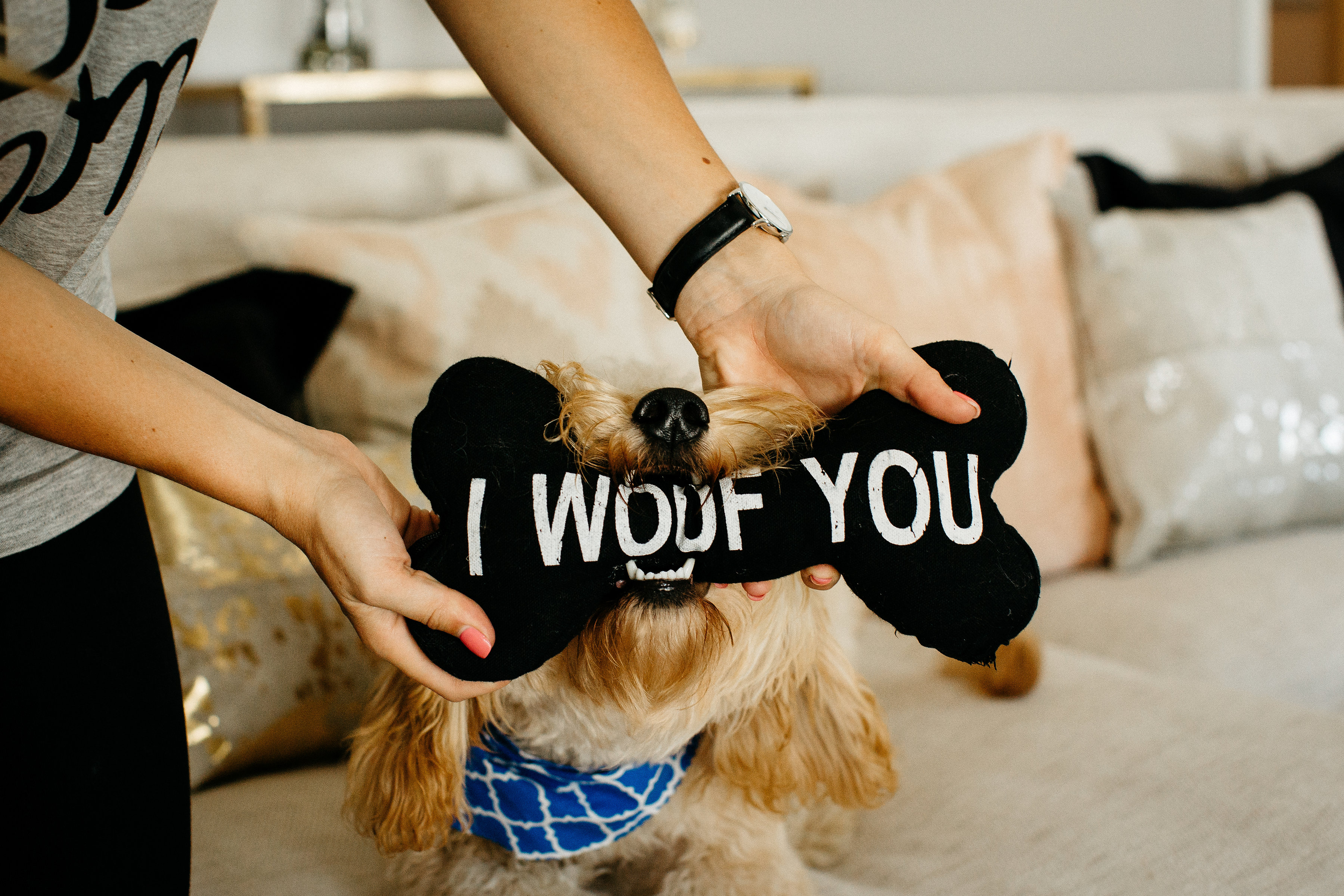 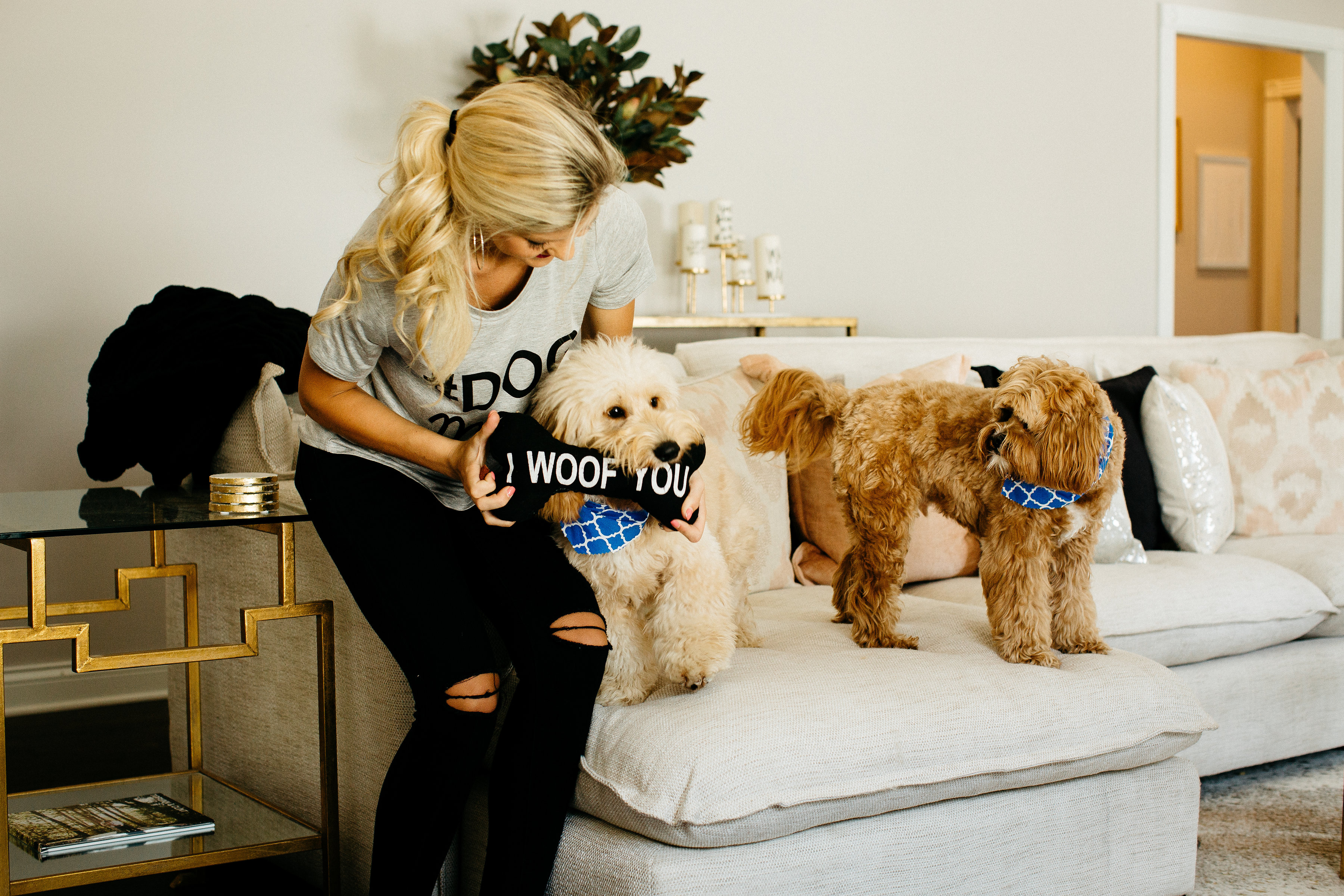 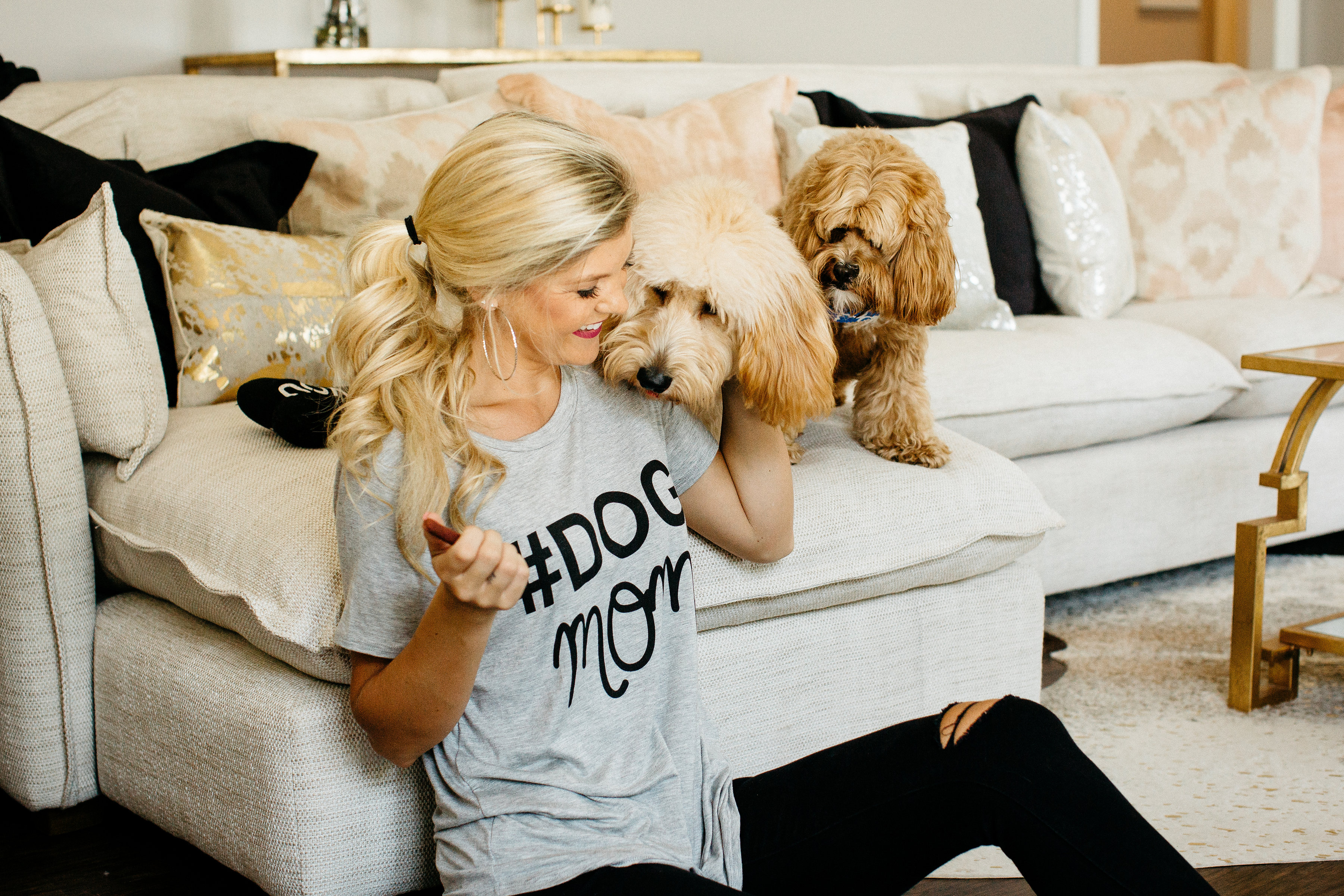 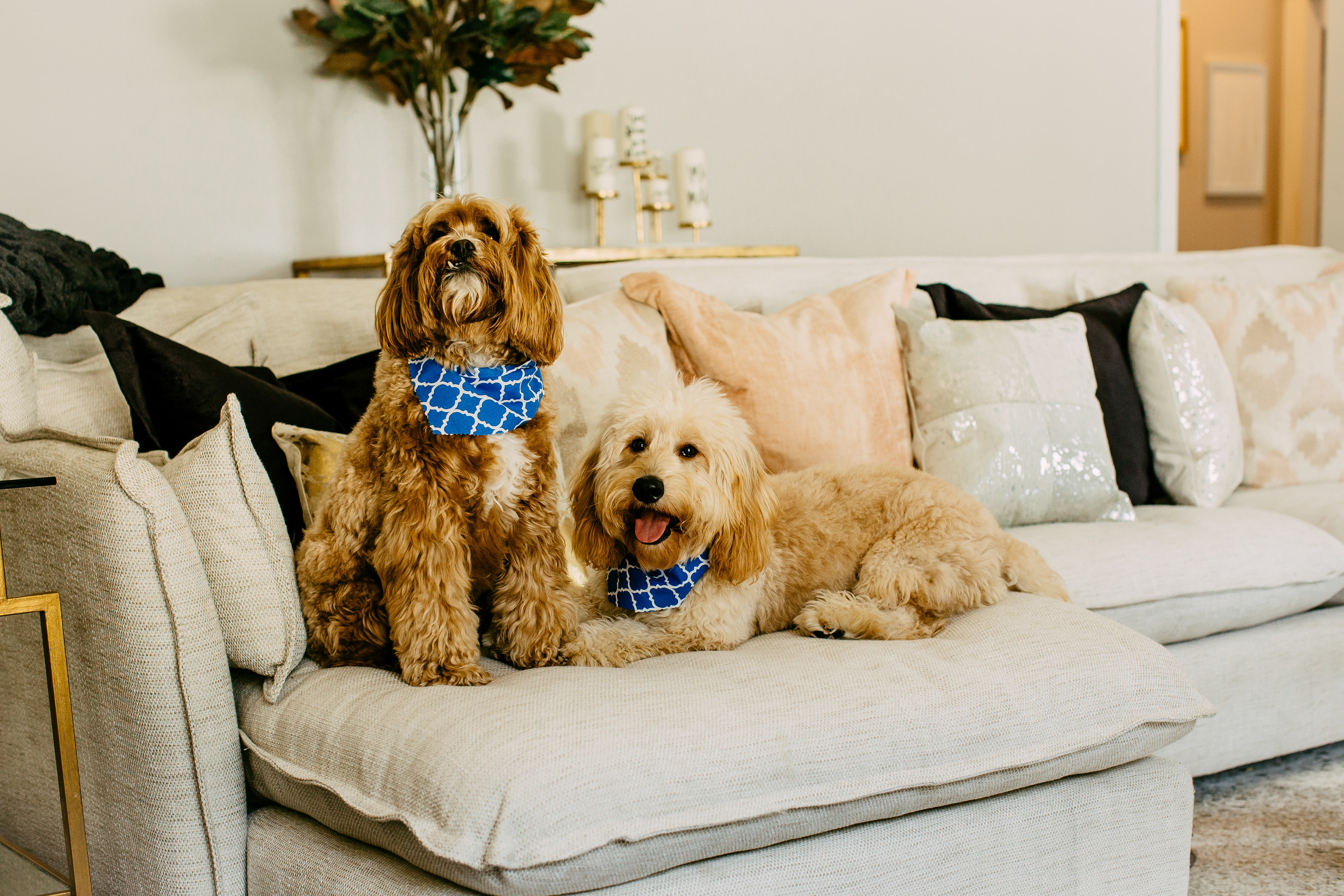 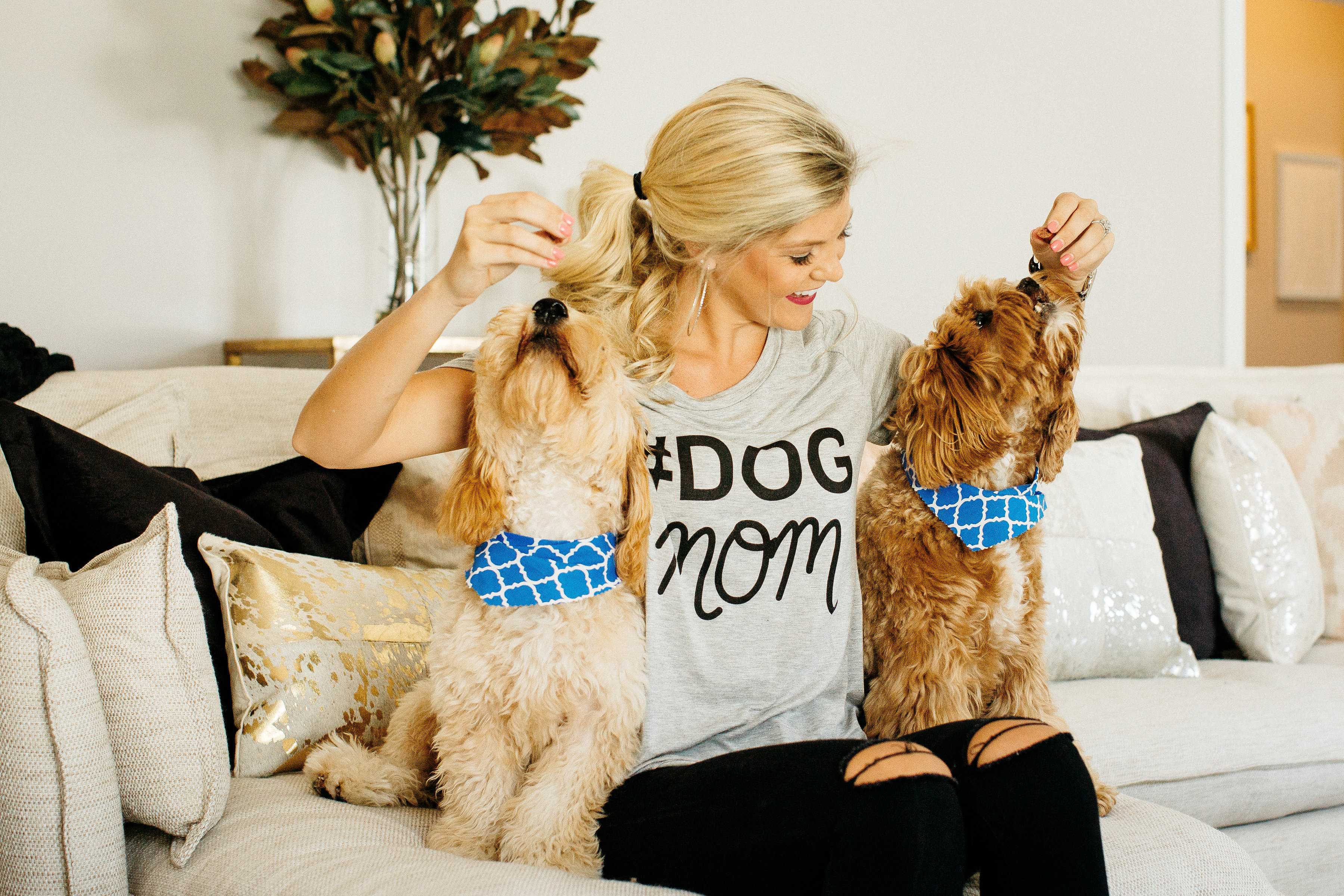 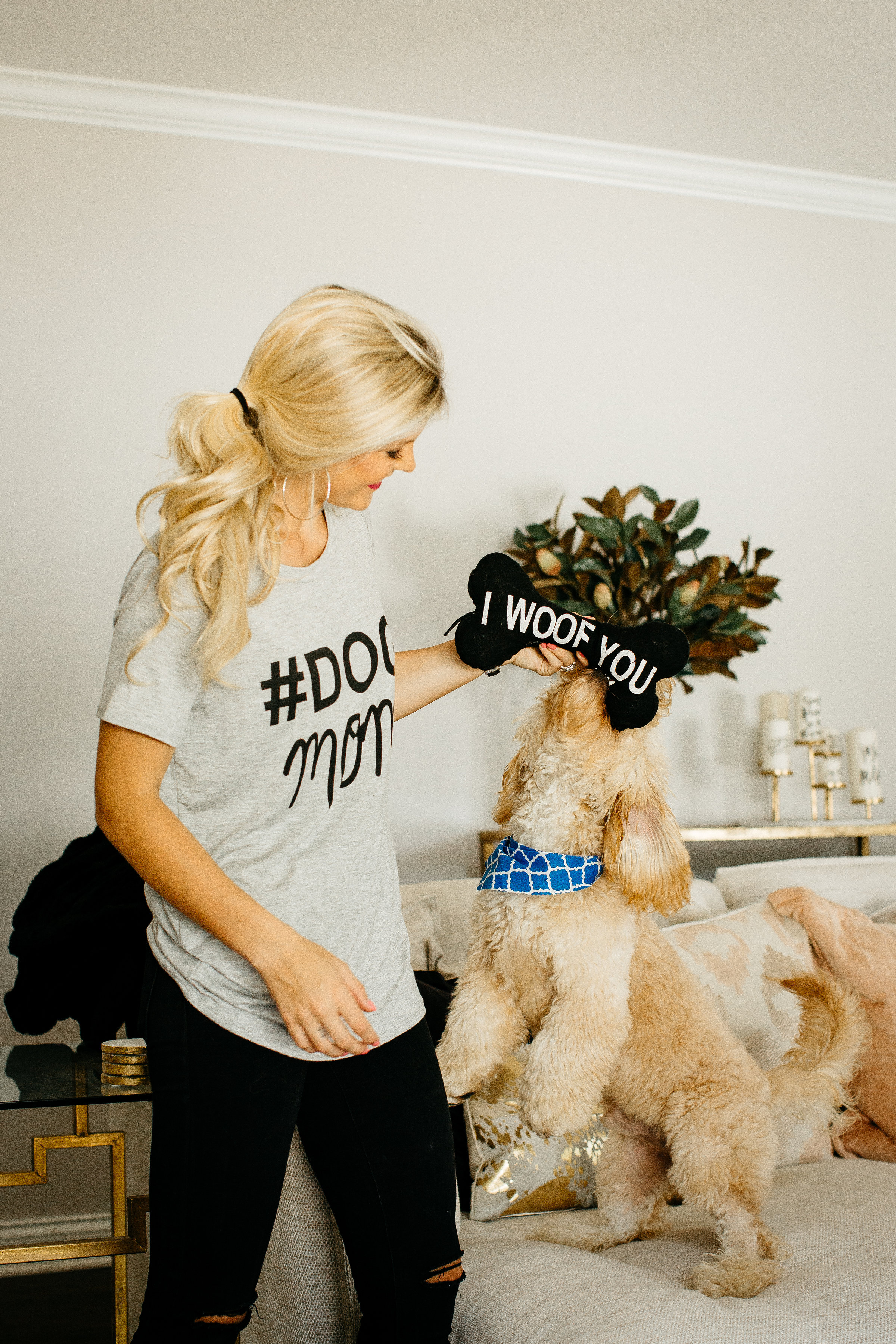 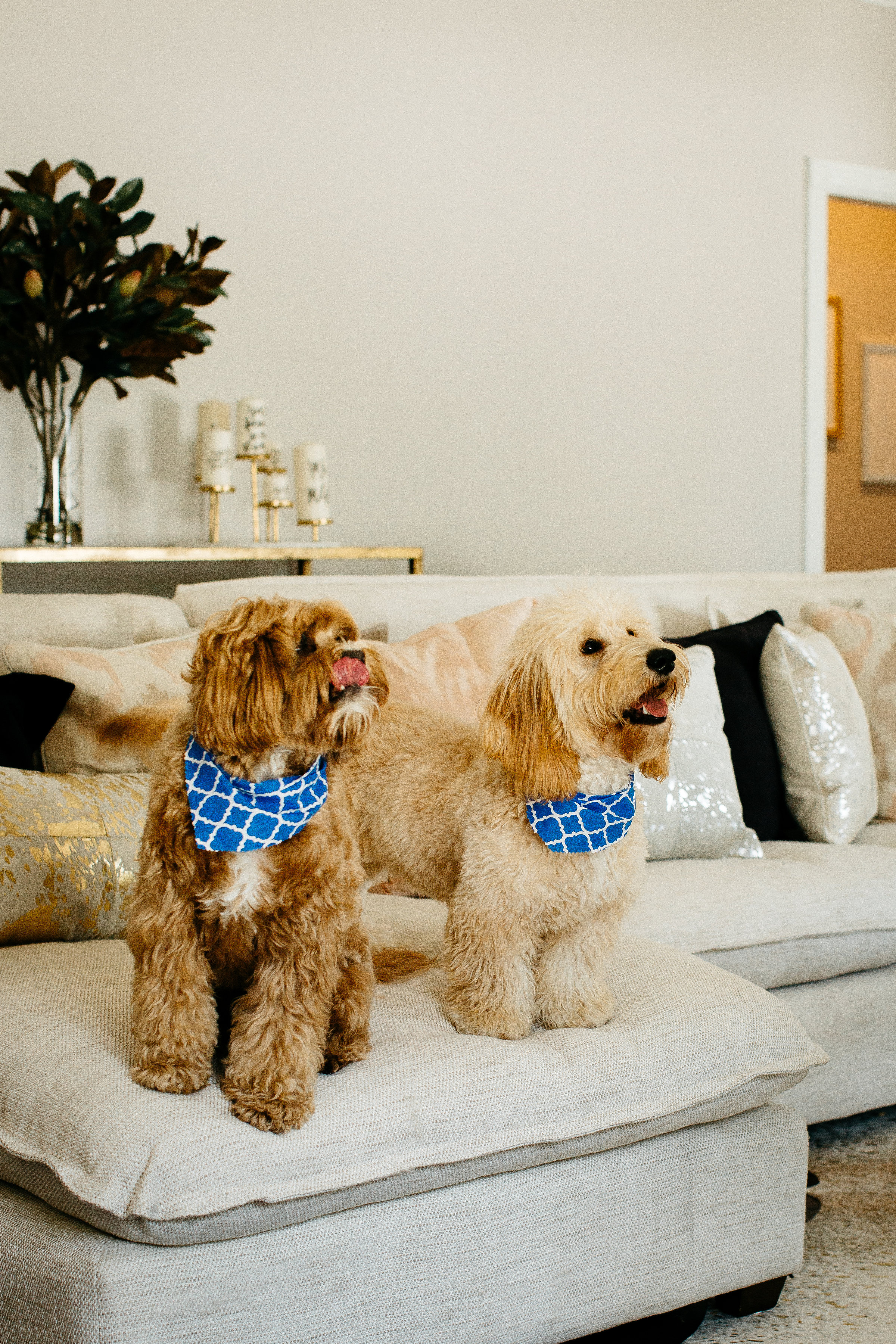 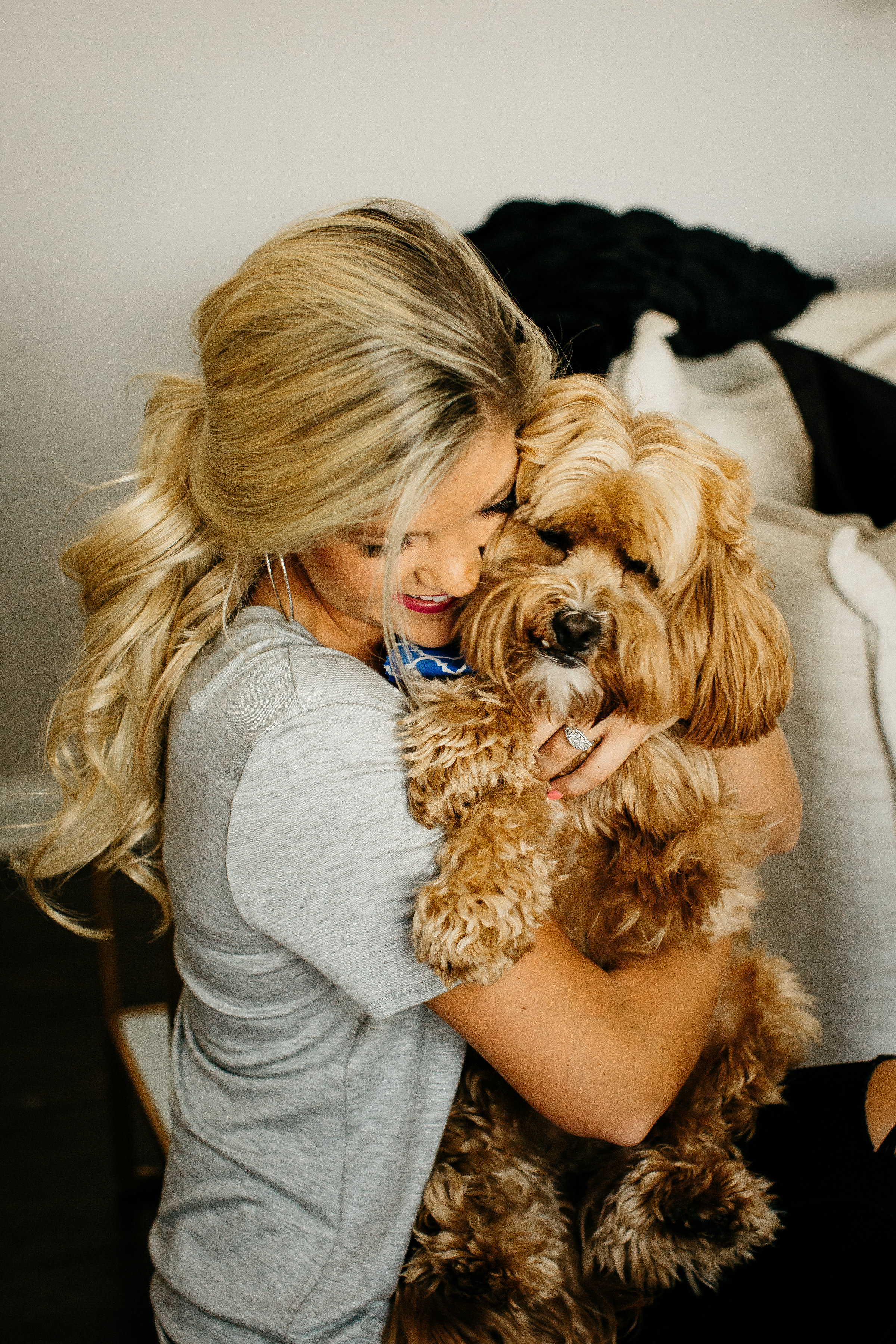 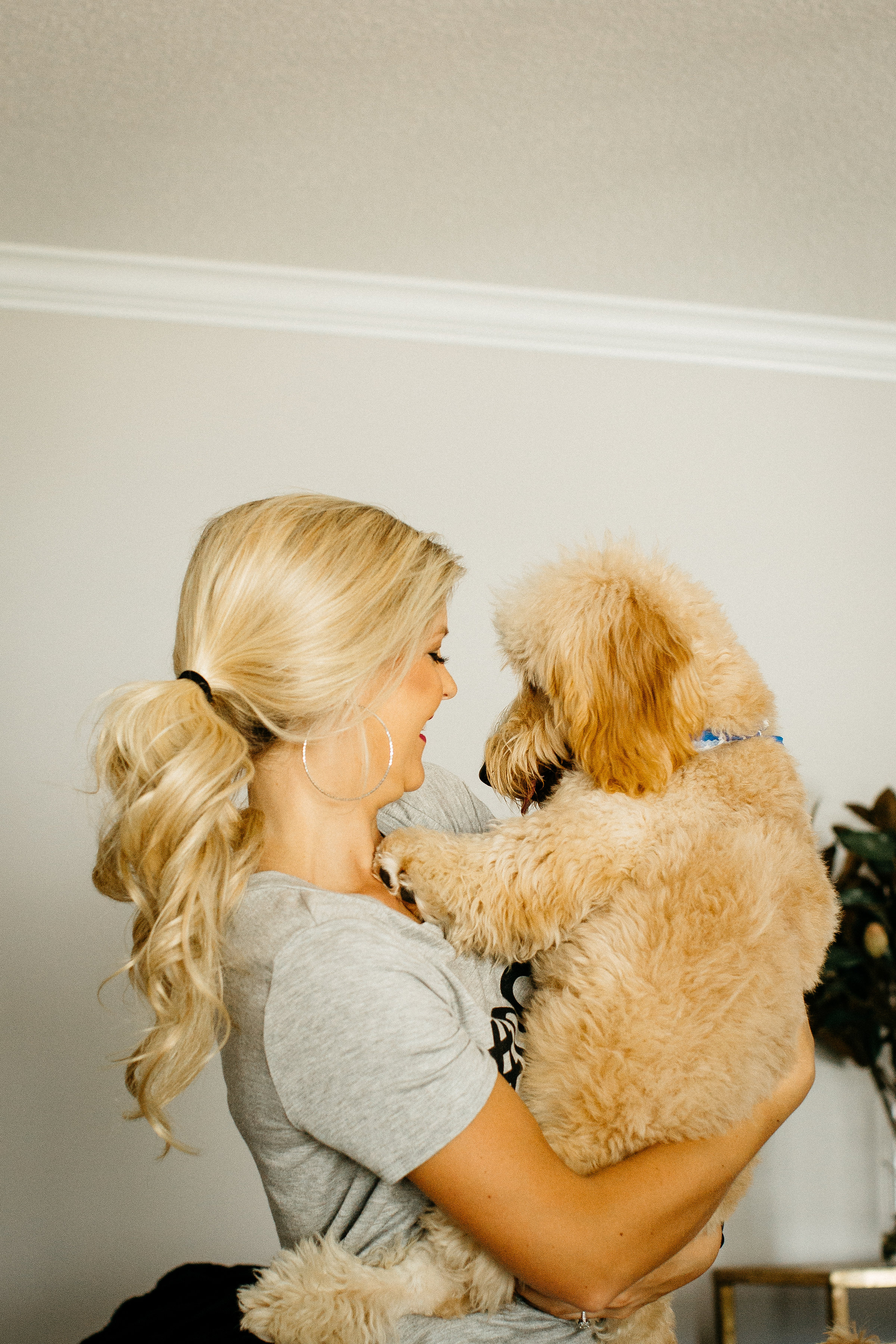 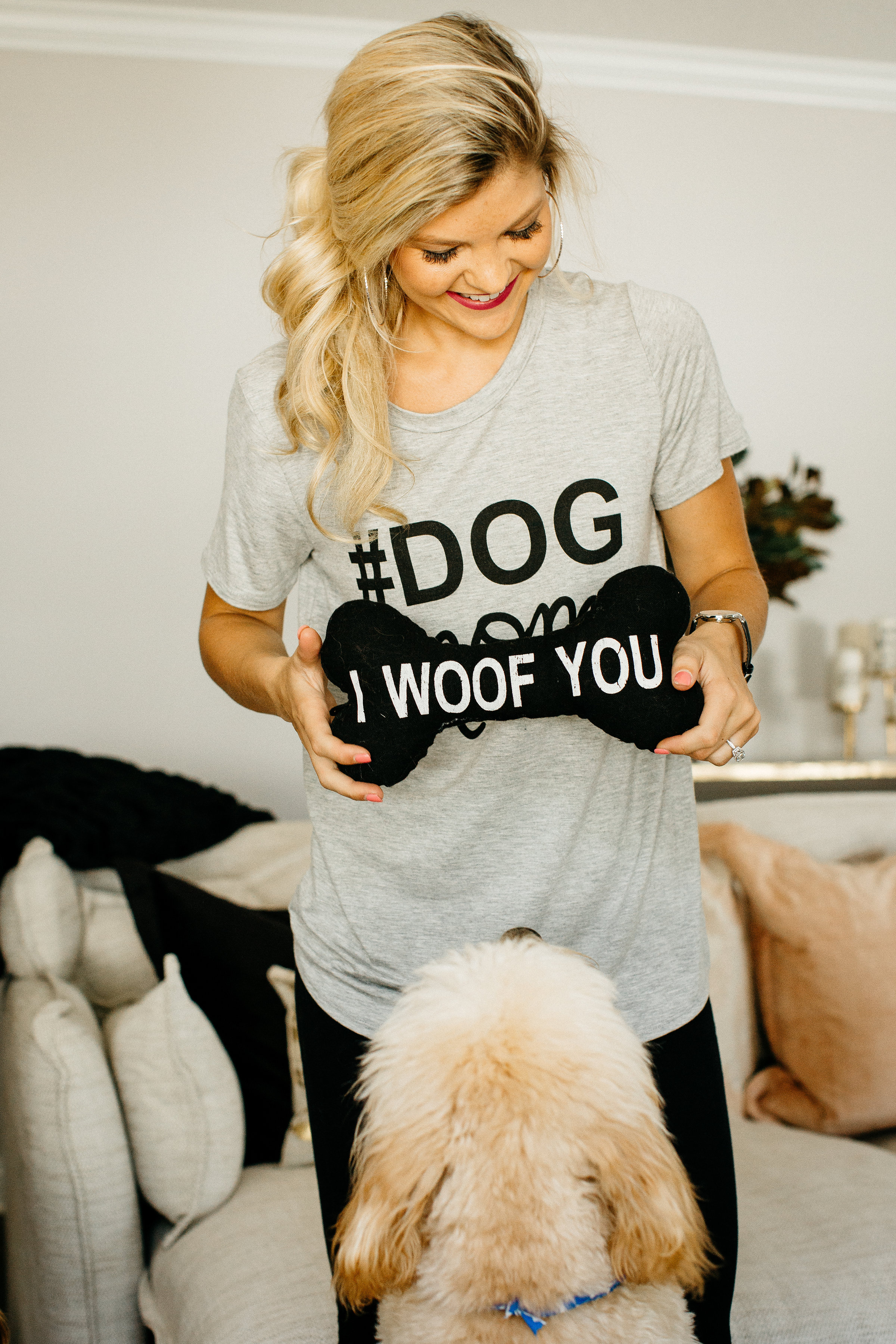 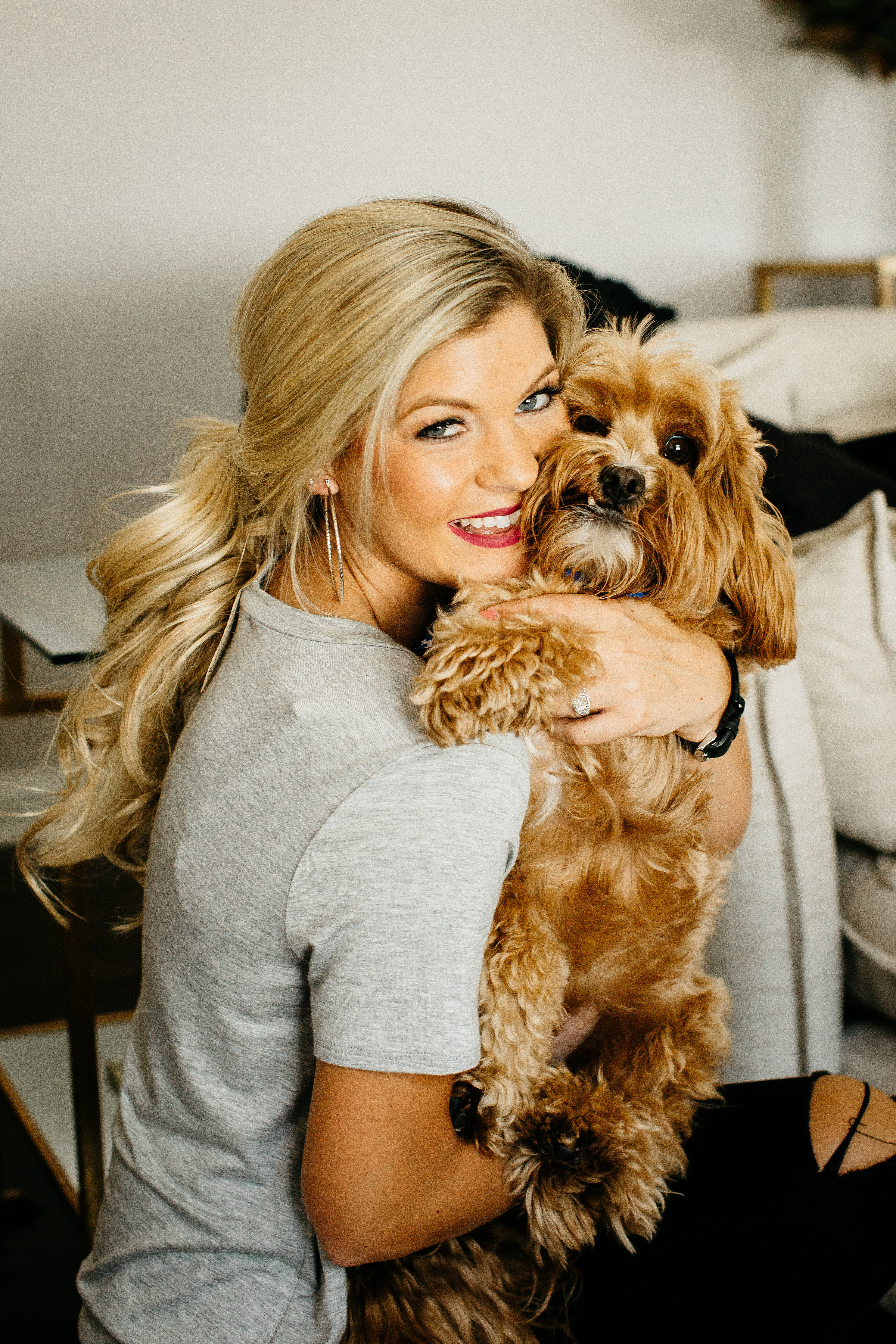 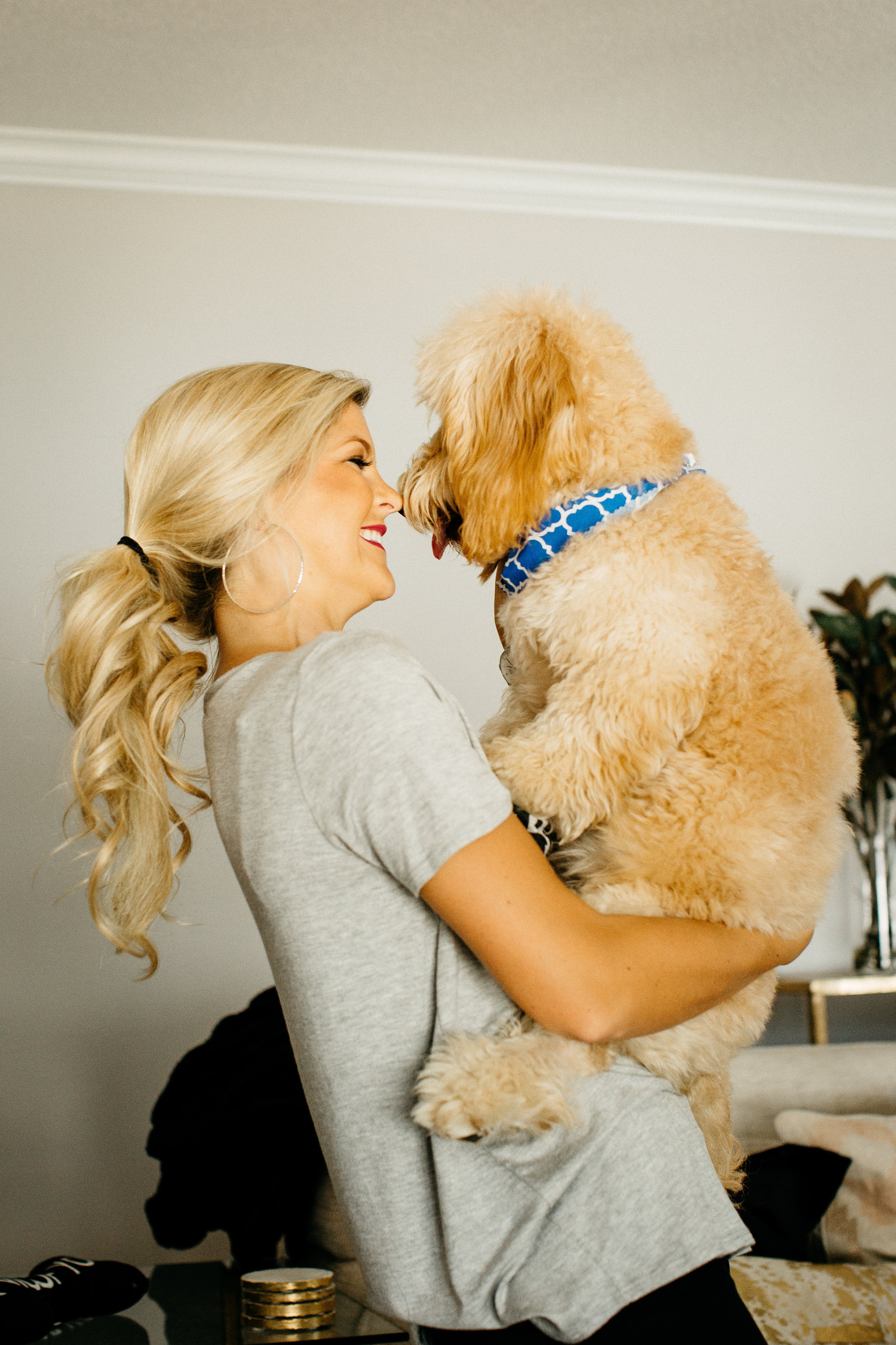 Happy Monday!!! After a long weekend of celebrating our first bridal shower, C and I are just overwhelmed with joy and love!! We can’t stop smiling! On Saturday, we kicked off our wedding festivities with all our family and friends! Some of my college gals and guys came into town and it literally made my entire month! Best day I couldv’e ever asked for! So far, 1 shower down, 3 to go!!

Along with the wedding planning, house renovation, and adding a member to our family, there’s been so much excitement filling our hearts!  I’ve been waiting to officially announce our new pup, Charlie, and today is the day! Here’s the story behind it all…

So back in early May I took Oslo to a new groomer, here in Paducah. When I went to pick him up we started chatting about how we might eventually get Oslo a friend.  (Clint and I have actually been discussing it quite a bit! We were originally just going to wait until after the wedding when things calmed down.)  She immediately said, “well I have to show you this pic of a little doodle that a family wants to get rid of.”  I took one look at the picture and the rest is history.

Later that week we went to pick Charlie up for a play date. The play date turned into a sleepover and we ended up never taking him back! He came from a family that lives near us, but since they have 3 girls it was hard to give him the attention he needed. Clint and I have found him to be such a blessing in our new home. He loves fluffy toys, sticks, and Castor & Pollux dog food!  It’s taken Oslo a while to get use to Charlie (which is what we were afraid of). Oslo has been an only child for so long that he’s quite set in his ways. His jealousy shows at times!! For instance, Oslo wants our king size bed to himself. Oslo likes his nap time to not be interrupted… They aren’t good at sharing!! If one has a bone, the other one wants it!! It’s all about balance and we are learning together as a family of 4!  Our main priority was/is showing Oslo we love him endlessly and giving Charlie a life he’s never known!

Since we did just move, we thought it actually might be a great time to welcome a dog into our new home. Since Oslo wasn’t exactly settled here when Charlie came, I don’t think he feels as territorial over the space.  While Oslo is learning to live in a new house, so is Charlie!  The past week I’ll catch them playing together or napping on the couch beside one another. It warms my heart to see them actually get along.  Everyone I’ve talked to has said that in a year or two they will be best buds. ‘Inseparable’ was the word! I’m anxious to see if that’s the truth!

I’ve showed some snaps and pics of Charlie throughout the past couple of weeks. Here are some common questions I’ve been asked:

If you have any more questions feel free to send them my way!
Hope y’all have loved meeting Charlie and seeing some pics of my two sons!